Warning: file_exists(): open_basedir restriction in effect. File(/opt/a2-optimized/wordpress/Optimizations.php) is not within the allowed path(s): (/var/www/vhosts/encosystems.net/:/tmp/) in /var/www/vhosts/encosystems.net/360degreesound.com/wp-content/plugins/a2-optimized-wp/A2_Optimized_OptionsManager.php on line 22
 Threefer: Presidents Day | 360˚ Sound 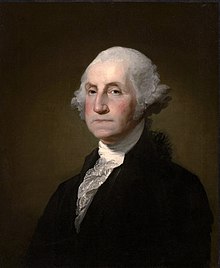 My 9-year old daughter tells me that my boy George Washington didn’t actually chop down a cherry tree. I cannot tell a lie, I’m going to have a big slice of cherry pie (w/ vanilla ice cream) anyway. Next she’s going to tell me that Abe Lincoln didn’t actually scratch out the Gettysburg Address on the back of an envelope on the train on his way to Gettysburg.  For the record, that would not stop me from saying of my penchant for procrastination, “Hey, it worked for Honest Abe.”

I know we’re supposed to remember all our past presidents on this day, but Washington and Lincoln are truly the two superstars of the presidency. I’m not really sure I’ve got it in me to celebrate the likes of James Buchanan and Herbert Hoover.

Maybe you get the day off today, and maybe you don’t. These days everyday seems about the same to me, so perhaps I can grab a killer discount on some appliances and then forget why there’s no mail delivery. In any case, here are a few great musical numbers inspired by George and his ilk.

from the original Broadway cast of Hamilton

“If I say goodbye, the nation learns to move on. It outlives me when I’m gone.” I actually had the privilege of seeing Mr. Jackson in his last performance as George Washington in Hamilton at the Richard Rodgers Theater. I’m glad my wife had some tissue in her purse. One for the ages.

“You have to get right out of it, like out of all this mess. You’ll say yeah to anything, If you believe all this.” Took the words right out of my mouth, Mr. Butler.

When I first saw this at the Spike & Mike’s Sick & Twisted Animation Festival I have to admit I’d never heard the legend of George’s many dicks and multiple sets of testicles. If my daughter mentions any mythology contained in this video, I think I’ll have to give the school a call. Opponents beware!