All I Can Say: Memories of Shannon Hoon & “No Rain”

(Ari is a rocker and an aficionado of grunge & 90s music. You can catch her on podcasts like The Hook Rocks.) 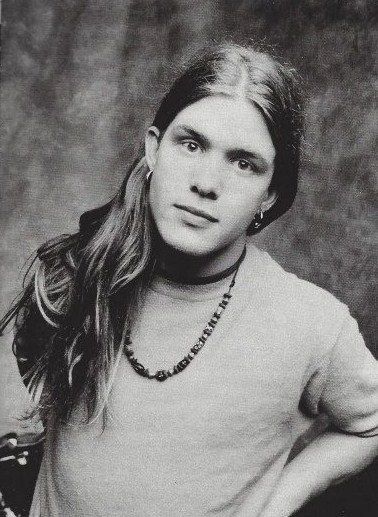 It was August 2019 and I was out on a jog. I wasn’t feeling the happiest in my life at the time: I was moving soon, transferring to a new college to finish my degree, and I was feeling really alone and anxious. As I was making my way back home, it started raining. Coincidentally, my playlist switched to a new song, one I hadn’t heard in months – Blind Melon’s “No Rain.” As soon as I heard that jangly guitar riff and Shannon Hoon’s gentle vocals, my heart swelled with joy. I was quickly drenched and ran under the bridge that led back to the canal trail as the song played on and the rain poured down.

As I waited out the downpour, my mind drifted to when I was 16, during the summer before my junior year of high school. I was in the throes of my grunge/’90s music phase (a phase I later realized I’d never grow out of). That’s when I first discovered Blind Melon and their music video for “No Rain.” Back then MTV Classic was still VH1 Classic, and I’d watch those music video blocks almost every morning, just like when I was little watching old-school MTV and dancing to Beyoncé, Linkin Park, N’Sync, and Britney Spears.

At the time, I didn’t know anything about Blind Melon; I just knew the name Shannon Hoon, his friendship with Layne Staley, and of course the Bee Girl. Now is probably a good time to admit that “No Rain” is still the only Blind Melon song I know. But that doesn’t take away from the fact that this song became a staple in my late teen years. Even in my 20s, I still regularly get that cute little tune stuck in my head.

When I first heard “No Rain” and watched that video, I was mesmerized. The images were vibrant and the music was gentle, like Shannon’s voice, but the lyrics were so… moody. The song was an anthem for the lonely. It spoke to the outsider in all of us, and it spoke for the misfits. The ones who gaze at rain puddles and get lost in books and get pushed aside because they aren’t like everyone else. The ones who constantly look for an escape from the cruel world around them – the world that labels them weird or insane. The ones who dream about escaping to some place, like the field the Bee Girl dances in at the end of the video.

That Bee Girl is all of us at some point. That Bee Girl is me and everyone else who yearns to find that one group – even just one person – to relate to, be accepted by and dance with, no matter our age or where we came from. Shannon Hoon sang that song for the fragile child in all of us.

Sadly, 25 years ago, we lost that voice. At what seemed to be the height of Blind Melon’s career, Shannon died on October 21, 1995, at the age of 28. It’s easy to say that he was yet another rock star who lived fast and died young, like so many other musicians, but there was much more to him than that. Shannon wrote and sang honestly and with a rawness that affected people of all ages and all backgrounds.

Shannon Hoon was one of the lesser-known and underappreciated musicians of the grunge era, considering his short career and the fact that Blind Melon was only active for five years before his passing. Again, though, that doesn’t take away from his legacy. 25 years on, he is still very much remembered, and his music still touches many lives, even the lives of people who weren’t alive to experience him making music and performing first hand – including me.

In that moment in the rain, I realized just how important, how powerful, this song really is, even after 25 years. Shannon Hoon deserves to be remembered always, just like Layne Staley, Chris Cornell and Kurt Cobain, who are also sadly no longer with us. They’re the ones who helped me to not feel so alone when I was trying to make sense of the world.

As the rain let up and Shannon kept singing, “You know I’m really gonna have it made,” I walked out from under that bridge, still drenched, but feeling lighter – as if a weight had been lifted. I was once again reminded about the true potential of music. For a too-short time, Shannon Hoon expressed music’s power in a gloriously vulnerable way. Thank you, Shannon.