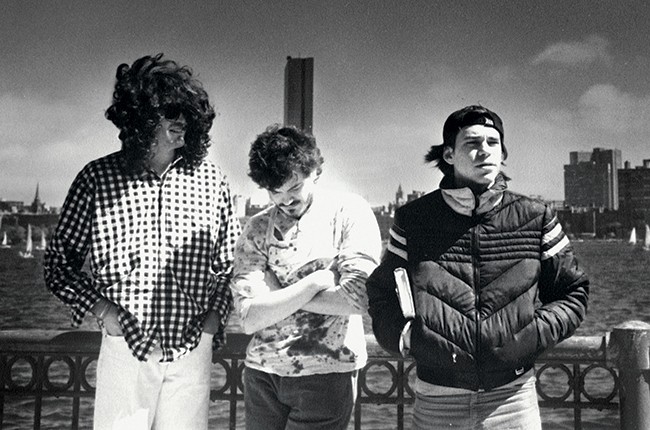 The Meat Puppets changed my life. The year was 1985 and I was beginning to lose my grip in Ronald Reagan’s America. I was a kid from the suburbs floundering at a big state university and living in a hate/hate relationship with my father during the summer. The present was emotionally weird, and the future loomed like a liberal arts degree in an engineering and business degree shit storm.

As a child of divorced parents, music had become my refuge. But in the ’80s, music had gone corporate, dominated by cloying pop songs, videogenic formula bands and hair metal. Into this malaise stepped Up on the Sun. I purchased the Meat Puppets’ third album because their name was intriguing and I liked Curt Kirkwood’s cover illustration. We smoked up a little and threw on the record. From the title-track opener I lost myself in the psychedelic punk rock and the surreal poetry. These tunes were just like I’d write them.

Billed on the marquee as “Hot New Wave from Phoenix,” we saw the Meat Poopays in East Lansing in ’85 at a basement joint called Rick’s. We annoyed them so much calling for this song that bassist Chris Kirkwood stopped at one point and said, “We don’t usually take requests, but…”

from the 1984 album Meat Puppets II

This one sticks closer to their hardcore roots – albeit a bit more expressionist, with an ominous, disjointed story line. We yelled ourselves hoarse at that ’85 show calling for this one too. Can’t remember if they ever played it (things got a little hazy near the end there).

1994 was a big year for “The Brothers Meat Puppet.” Too High was a hit and they just missed the top 40 on the Billboard Hot 100 (“Backwater” peaked at #47). They got a nice career bump when Nirvana covered a couple of their early tunes in the famed MTV Unplugged set. The Puppies even opened for Kurt and the boys on a few dates that year. What does any of that have to do with this song? I don’t fucking know.