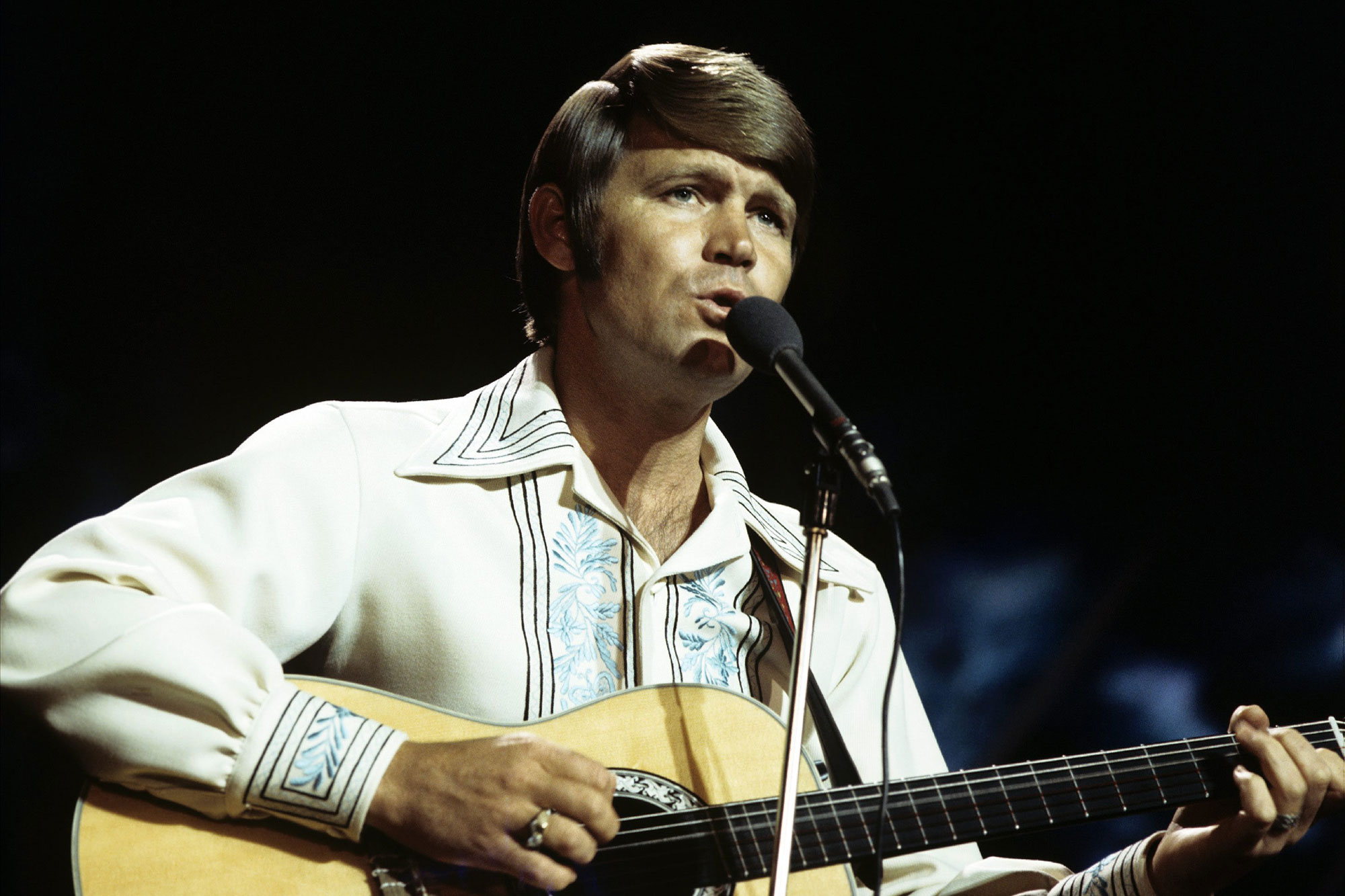 Glen Travis Campbell passed away in August of 2017, and do you know I have still not properly said goodbye to him? I grew up on AM radio in Detroit and Florida, and Glen tunes were on the pop dial at CKLW out of Windsor (Ontario), and on the country & western stations in northern Michigan and the south. He was in some movies in the ’70s, and on TV with his Goodtime Hour. Then there was his relationship with Tanya Tucker in the ’80s. The aughts brought a cavalcade of tributes, including induction into the prestigious Country Music Hall of Fame in 2005.

Mid-1970s Glen, though, is my favorite. I was just listening to what came on the radio, and I dug his singles. Later I learned about how he played with the Wrecking Crew, one of the most successful and prolific session recording units in music history. And that he played on the Beach Boys’ influential Pet Sounds album. To me, he was the guy who kept pumping out great singles. Allow me to pay tribute with some highlights:

This is peak Glen. He was riding high and dominating the celebratron variety-show TV format. And he hit pay dirt with this cross-over smash. #1 on both the Billboard Hot Country Singles and Hot 100 Singles charts in 1975, the song was not just a domestic phenomenon. Glen rode it to #1 in Canada, Ireland and even Yugoslavia that same year.

This clip from The Midnight Special, with Glen strumming the Ovation Deacon electric 12-string, is the best Glen. He was stereotypically “ruggedly handsome,” with killer sideburns and some tasty flares. He was a writer and a player and a performer, and he did it all with style. Now move that ass!

The sessions for Glen’s original recording of this Jimmy Webb song featured the Wrecking Crew. He hit #1 on the Billboard Hot Country Singles chart, as well as #1 in Canada and (of course) Yugoslavia. This is a great clip of ’80s Glen on Austin City Limits, sporting the “dry look” and more great facial hair. Check out his variations on a theme in the solo break at 1:50.