August 11 was an important day in history. Not because it was the day on which the last U.S. ground combat battalion departed South Viet Nam in 1972. And not because Ronald Reagan notoriously joked about bombing the Soviet Union on this day in 1984. No, this is the day on which, in 1954, Joe Jackson was born. No, not the infamous father of Michael and his talented brothers. And not that guy with no shoes who allegedly helped the Chicago White Sox throw the World Series in 1919. Not them.

We’re talking David Ian “Joe” freaking Jackson here. Born in Burton-upon-Trent, Staffordshire, England. Joe Jackson, the British musician who snarled his way into our hearts in 1979 with two classic albums that helped define the New Wave and the new angry young man. Look Sharp! and I’m the Man were huge records for me (“Sunday Papers” is still my karaoke jam). Those punked-up rockers featured Joe’s long-time collaborator, virtuoso bassist Graham Maby, and lots of guitar and drums. Joe moved on quickly to embrace many styles and show off his keyboard chops and compositional skills.

For his birthday, let’s focus on those seminal power-pop early years. His first three records, Look Sharp!, I’m the Man and Beat Crazy, were recorded with The Joe Jackson Band. This group featured the aforementioned Graham Maby on bass, pretty-boy Gary Sanford on guitar and Dave Houghton on drums. These guys got together again for old time’s sake back in aught-three to pump out Volume 4 and tour all the fan-fave jams. 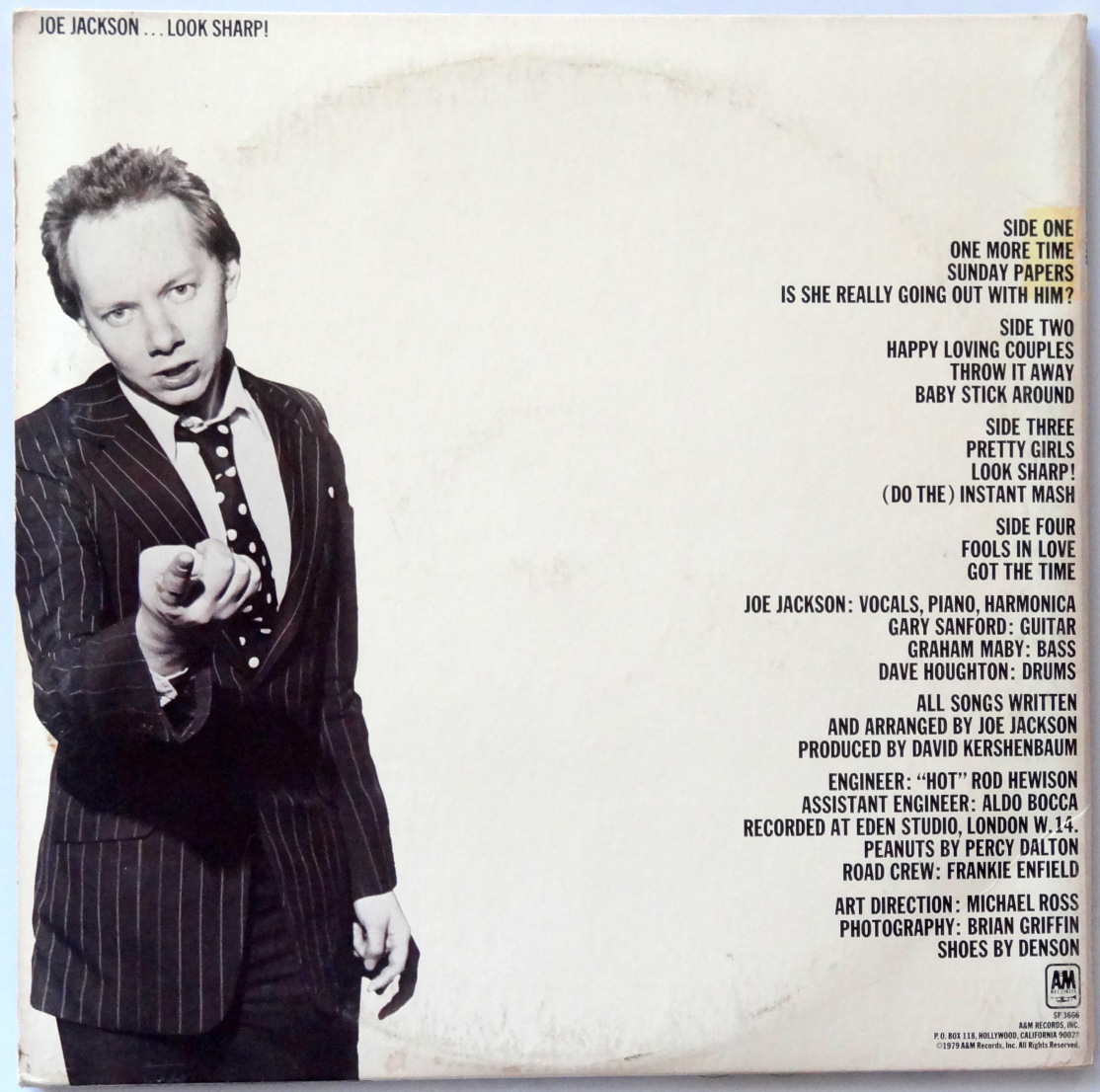 Joe burst onto the rock/pop scene in ’79 at 25 rocking a five-head and a switchblade wit. I dug that he didn’t have pop-star glam looks and that he truly and absolutely did not give a shit. The photograph on the back cover of Look Sharp! said it all to me, “You’re a wanker and I don’t care if you like my record. Piss off!” I loved it.

Let’s go back to those early days and twitch, jerk and stumble to some of my favorite tunes from Joe’s The Joe Jackson Band records. I dug up some live clips and sprinkled in some other shit. This is the best I could do. I’m not going to sit on me arse all day searchin’ for fuckin’ music for you manky gits to cram in your ear holes, now am I?

“Is She Really Going Out With Him?”

I’m thrilled that Joe Jackson is still making music and (sometime soon) performing. I last caught his act in 2017 at Ann Arbor’s Michigan Theater. He was featuring his record Fast Forward with a new band. Graham Maby was still with him, but he’d split from the angry-young-man pose long ago. Joe has forged a stellar career on talent, perseverance and an unquenchable desire to create. He is still a force. Somehow he never lost that five-head after all these years. He sounds great and looks sharp!