Paul Rigby wants you to make room in your heart and your life for all music formats.  Known as “The Audiophile Man,” Paul has been a technology journalist for some 35 years, building a broad base of knowledge by learning from experts he’s interviewed. He writes for British magazines Hifi World and Record Collector, and has also written for and edited a variety of other music publications in the UK. He is a great lover of music and sound, and has become a touchstone for music and gear reviews and recommendations via his website, theaudiophileman.com, and his YouTube channel.

For our part, we’re hoping we can convince you to reconsider CD. So we tracked Paul down to help us make the case for compact disc digital audio. In this first installment, Paul talks about CD media. We’ll talk gear and other issues related to compact disc in subsequent installments of this interview. 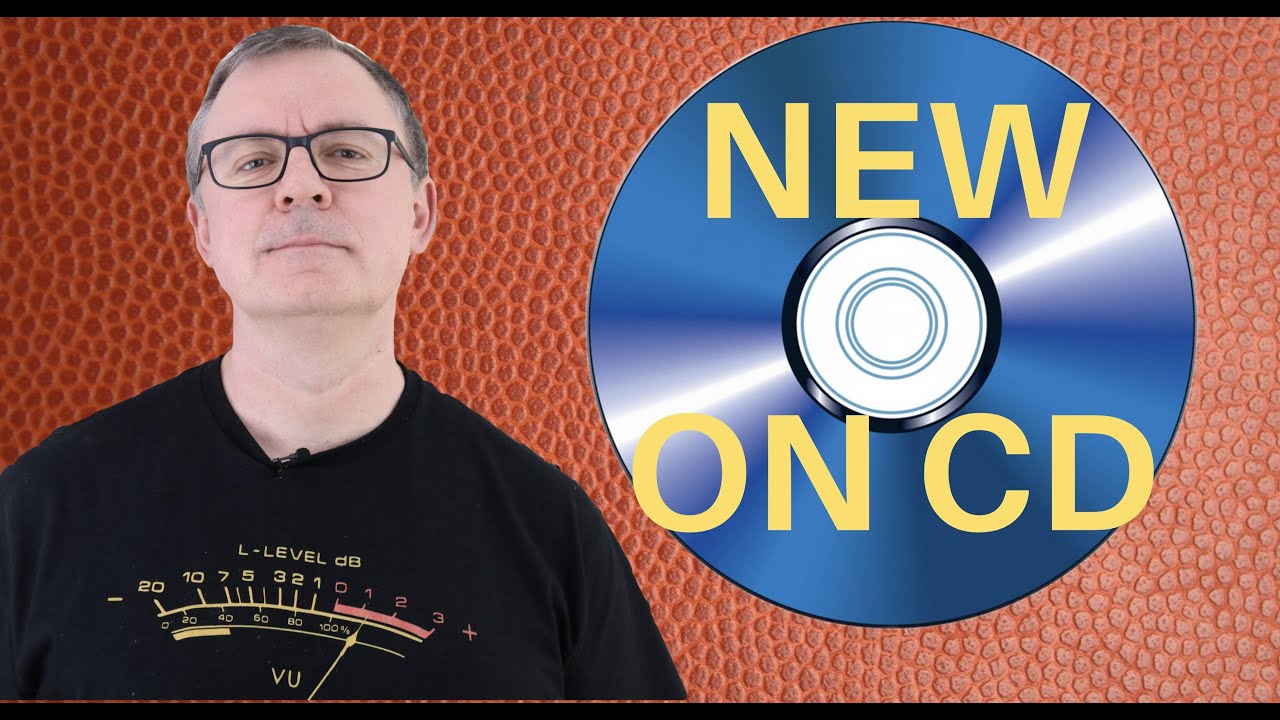 360°Sound: A couple things I’m picking up on from your background: First is that you’re coming from a music appreciation perspective, not just from technology. The second is the “how to,” explaining complex concepts and technologies in a succinct and understandable way.

We’re advocates for the CD format. I’d like to hear your thoughts on how to advocate for CD to people who buy physical media, while perhaps also embracing streaming. A music fan who might not make collecting a lifestyle, but for whom buying albums is part of their lifestyle.

Paul Rigby: There are a number of reasons that I would encourage people to buy CDs. Seriously, I love all formats. The music is the most important thing; the more formats you have the more music will be played. More music will be created to fill those formats. It also means that, no matter what you’re doing in your life, you can access music. My mind goes back to those big cars with a vinyl player built-in back in the ‘50s.

Yeah, they have Elvis’s gold-plated Cadillac in the Country Music HOF in Nashville and it’s got a turntable in it.

Absolutely! Accessing music was an issue back then. Now, streaming going to the gym or going for a walk, digital music is ideal in that respect. You can access music nowadays no matter what you’re doing or where you are. You can use music; you can bring it into your life. Back in the ‘50s you had to adapt to it; now it can adapt to you.

Kind of like CD. Remember “perfect sound for life?” A little over-promised.

This is it. That’s why I’m saying this. This is the story we heard when CD first appeared. I was fully into CD when it first appeared in 1982. I remember buying Pink Floyd’s The Wall, that was my first CD purchase. I bought a Marantz CD player, and I bought The Wall. I remember before I put it on it was a big deal. I was fully into the whole thing. But I felt let down by CD. I was irritated by CD. We were promised perfection and we were not given perfection. I felt that it was supposed to be indestructible, it’s certainly not that. It’s quite fragile in many ways.

More so than vinyl, in some ways.

Yeah, exactly! A tiny scratch here on the wrong side of the disc, and bang.

I was disgusted by many vinyl dubs that major labels were giving. Sometimes you could even hear the vinyl drop at the beginning of the CD, because it was just a straight copy from a piece of vinyl they were giving. I had those discs. I was disgusted with the price, which I thought was a rip off. Overpriced. The record labels were raking it in. This was the height of Tower Records. There were rivers of money around, because everybody was re-buying their vinyl in digital format. I was let down. I felt like a father whose young son had been arrested for murder or burglary or something. I felt let down. I’d put all this effort into this young child, and you do this to me?

It wasn’t until probably ten years ago that my opinion changed. Very recently. It’s no surprise really. This happened with vinyl, too. Any format has to go through an evolution before it becomes mature enough to be valuable as a music carrier. Obviously that’s not soon enough for the suits, because they want to earn right now. But for the people who love the music and the format, it’s worth waiting for. CD was worth waiting for.

I could sense this around 10 years ago. I remember I talked to Abbey Road. I reviewed a CD of theirs and I thought, ‘Well, this sounds all right. It sounds surprisingly good.’ I talked to a mastering engineer and he said they’d just bought some ADCs, which are analog-to-digital converters. He said they’d just brought them in, and it had improved the sound.

Because when you’re processing the music for final pressing, all of these stages make a difference. It’s not just the band. It’s not just how they set up the microphones. It’s not just the desk and the studio. All these things matter, of course, but it’s also further hurdles down the chain. So, this one change to these new ADCs… I could hear it. To such an extent that I called them, and I said, “What’s going on?”

There was a gradual change from that point, across the board. I heard the quality of CD sound improve. So the first point I would make is that if you were an early adopter of CD and you hated the sound, if you’re one of those people who read hifi magazines in the ‘80s and ‘90s, or you had friends who had CD players, or you had one yourself, and you said, “This CD sounds…” and this is a classic term, “metallic” — it’s a metallic sound. It’s edgy, it’s nasty, it’s aggressive, it’s bright.

Brittle is the word. That’s another classic. So, all of these terms. That was classic ‘80s and ‘90s. I personally think it was the production, but it was also the quality of the CD players. It was also the quality of the DAC chips. Etc, etc. It was all maturing; it was getting there. But obviously people are not patient to wait. “Hey, I bought myself Pink Floyd The Wall in 1982. I can’t wait to actually play this in 2021.” You’re not going to say that, are you? That’s not going to happen. When it comes down to it, all of these changes are leading to a maturity. I would say now is the time to revisit CD. Brand-new CDs themselves sound a hell of a lot better than they used to. I would say that the metallic, brittle nature of CD sound is, if not gone, then going.

There are many people out there producing and mastering CDs, producing CDs of different types. They all have their own systems, and maybe some are better than others. But generally speaking, CD sound has improved an awful lot. I would say in terms of production, that’s improved across the board to varying degrees. You can also say that in terms of CD players. The quality of CD players has improved an awful lot. In amongst that, the DAC chips in and around CD players, are better.

I was introduced to you through one of your videos in which you discussed the merits of CD. Which, by the way, I thought it was interesting that you were standing in front of a bunch of vinyl records.

[chuckles] I hadn’t noticed that. That’s one of those things, if I would’ve had another day, I could have said, “There’s something wrong with this picture.”

In the next installment of our chat with Paul Rigby, we delve into CD hardware. Whether it’s a transport + DAC or a traditional CD player, The Audiophile Man is bullish on CD hardware.

In the meantime, check out more great articles:

The Paul Rigby interview, Pt 2: The Audiophile Man has more to say about CD

The Audiophile Man on Why the CD “Ain’t Dead Yet”