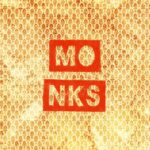 Singer/trombonist Aubrey Logan joined the Collin Shook Trio as part of the Monks Jazz concert series on Thursday, July 30. The trio donned masks and streamed live from East Austin Piano Shop on YouTube and Facebook. Logan, who gave an exclusive interview to 360°Sound last week, announced that she was invited to sit in with […] 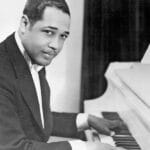 The Church of Jazz – an interview with author Vaughn Booker

360°Sound spoke with Vaughn A. Booker, assistant professor in the Department of Religion, including the Program in African and African American Studies, at Dartmouth College about his new book Lift Every Voice and Swing: Black Musicians and Religious Culture in the Jazz Century. The book discusses how jazz greats Ella Fitzgerald, Cab Calloway, Duke Ellington […]

360°Sound caught up with drummer Daniel Dufour, a fixture on the jazz scene in Austin, Texas. Dufour released his third studio album, Standards, in May. Recorded in a day at Orb Studios in Austin with guitarist Jordan Burchill and bassist Sam Pankey, the album features six standards, among them “All The Things You Are” and […]