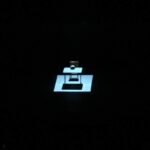 David Byrne: American Utopia The Fox Oakland 16 August 2018 Oakland, California Music always surrounded me in my home. Growing up in Detroit in the 70s and 80s, I was lucky enough to have parents (especially my Dad) that made an abundance of music part of our daily life.  With hundreds of albums at my disposal, […]

CES 2018 in Las Vegas was short on high-end audio. There was essentially one floor of the Venetian hotel dedicated to products that audiophiles would consider “hifi.” This year there were more companies exhibiting that are not traditionally associated with tech, such as appliance manufacturers and auto makers. For my part, I was interested to investigate […]