Springsteen Podcaster Reviews ‘Letter To You’

In this 360°Sound exclusive, JB Clark, co-host of the popular podcast Bruce Springsteen Sings the Alphabet, shares his review of the new Springsteen record, Letter To You. Since 2016, Clark and Rob Carmack have been releasing episodes on every officially released Springsteen song in alphabetical order, amassing nearly 400 episodes. (Click here to read our article on the podcast).

The Boss’s 20th studio album and first with the E Street Band since 2014, Letter To You was recorded live in-studio over just five days in November 2019. The title track was released as a single in September and “Ghosts” followed two weeks later. Produced by Ron Aniello, the album dropped Oct. 23 and has been largely well-received by critics, garnering especially glowing reviews from The Independent and The A.V. Club. 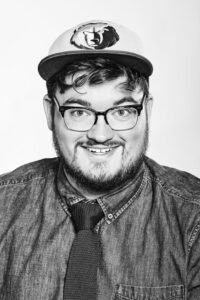 JB Clark: I gotta say that I’m always really worried when a new Bruce Springsteen record comes out, because like, what if it’s bad? Ya know, we don’t deserve a new good record necessarily. We’ve got more than our money’s worth as far as good records go. He’s got a little bit of a history of making bad records for a little while [laughs]. Well, not bad. They all shine in some way.

The second I put [Letter To You] on I was into it, which is great. Western Stars took me a couple of listens to get to where I liked it. High Hopes I’m still kind of bitter about [laughs]. Wrecking Ball is like my all-time favorite record. High Hopes is really a letdown.

Letter To You was just good as soon as I put it on. It feels like he drew some inspiration for his melodies. Like the first time you listen to Magic it just kind of felt like he was doing something different melody-wise. He makes choices you wouldn’t expect. Like, if you’re singing along, it takes you a few times before you can remember the right melody; it’s not like a classic Bruce Springsteen melody. He does some really interesting stuff. I appreciate that vocally.

“Last Man Standing” and “The Power of Prayer” have kind of a melodic similarity. They seem thematically and melodically tied. Once I got to “Letter To You” and the band came in, it just felt really good. It felt familiar but new. “Burnin’ Train” is this song you come to expect on his newer rock records. It’s sort of classic modern Bruce. Same thing for “Janey Needs a Shooter,” it could be on any Bruce Springsteen record. “House of a Thousand Guitars” is where I just sat up and thought, ‘This is gonna be important, too.’ “Power of Prayer,” too. It kind of compared prayer to human connection.

The first thing I texted Rob about [the album] was, ‘“Ghosts” needs to be in a goddam hymnal’ [laughs]. I think it might be my favorite song. I need you by my side/Your love and I’m alive/I can feel the blood shiver in my bones. In the [Apple TV] documentary, he said a lot of this record came from thinking about his bandmates. George [Theiss of Springsteen’s pre-E Street Band the Castiles] died, so [Springsteen] is the last Castile alive. I gotta think it’s also about Clarence [Clemons] and Danny Federici and all his other brothers in arms along the way. “Ghosts” is a hymn, dude. I found such solace in it, especially with all this shit going on with this buffoon trying to gaslight us in the White House.

“House of a Thousand Guitars” is about salvation through a common musical experience. “Rainmaker” feels like that same kind of song that we’ve come to expect since he started working with Brendan O’Brien on The Rising and Devils & Dust. It’s got that urgent feel to it like he’s trying to tell us something.

It definitely feels the most E Street of anything he’s done since 2012. You can just feel Nils [Lofgren] and Little Steven [Van Zandt] goofing on each other in the live room. It’s got soul and swing. I don’t think it’s too long. The longest songs on the record are the ones that seem the shortest to me because they’re so good. The way some of the melodic themes pop in and out makes it seem more like one thing than two many individual things. I’m very happy with it.

Clark’s Letter To You rating: 5 out of 5