In 1982, my teen-aged world consisted mainly of chasing girls, getting a driver’s license, and adopting a pseudo-Johnny Slash persona with skinny ties, pinbacks, and checkerboard shoes. However, when I was by myself, I’d occasionally put aside my new wave records and listen to my beloved soft rock. I’m sure Mariel Hemmingway, hot in 1982 on screen in Personal Best and on the cover of Playboy, would agree, these tracks are some of the best from that year:

Before starting his “Project” in 1976, Alan Parsons was a respected audio engineer working with The Beatles on their Abbey Road and Let It Be albums as well as Pink Floyd’s The Dark Side of the Moon. On this soft rocker, vocalist Eric Woolfson delivers pleasant, understated vocals and there’s no denying Parsons’ studio skills. This checks off several boxes on our soft rock checklist: electronic piano, falsetto voices, and subtle close harmonies. This would be the only top ten hit for the Alan Parsons Project.

Not exactly a cover version of a 1962 song by Leiber & Stoller, but close enough that they get writing credit. In any case, McDonald makes it his own with a remarkable bass line from Louis Johnson (of The Brothers Johnson) and help from members of Toto and producer Ted Templeman.  But with McDonald’s iconic voice, it’s not like he needs much help.

“Only the Lonely” – The Motels

I absolutely love Martha Davis’s hypnotic voice. This tune is a showcase for her range and control.  The lyrics are dark and moody, yet the hushed arrangement is somehow relaxing. In addition to the requisite electric piano and sublime vocals, we’re treated to back-to-back solos: a restrained guitar solo before the tenor sax ratchets it up a notch. The rare song that charted on both the Mainstream Rock chart (#6) and the Adult Contemporary chart (#27).

A gorgeous love song performed by top session musicians of the day (members of Toto and the fabulous saxophonist Ernie Watts).  Love the Greg Phillinganes synth solo, but James Ingram steals the show with his vocal performance. All this over soaring strings and some tasty flugelhorn licks. Fittingly, this tune won a Grammy for Best R&B Vocal Performance.

“The One You Love” – Glenn Frey

One of those songs that when you hear it for the first time, you feel like you’ve heard it before. That smooth, scale-wise melody from sax man Ernie Watts is immediately appealing; then Frey brings it back in the verse. Again, we’re treated to mellow accompaniment consisting of electric piano, strings, and rhythm section. Perfect for late night romance.

“You Can Do Magic” – America

Soft rock stalwarts America returned to the Top 40 after a six-year absence. This tune,  written by Russ Ballard, who penned a number of hits for other artists in the ’70s, proved to be the perfect vehicle for the group’s return. Supporting the duo are familiar studio names: Steve Lukather, Mike & Jeff Porcaro, and Timothy B. Schmit. More upbeat than most soft rock, it’s got outstanding vocal harmonies, acoustic guitar strumming, and a sing-along chorus/outro that set it apart.

Instrumental singles were once quite common on the charts, but radio slowly started moving away from them, and they were pretty much abandoned by the end of the ‘80s. But in 1982, this galloping instrumental shuffle found Alpert eager to duplicate the chart-topping success he had in 1979 with “Rise.” Always frugal with his horn, Alpert hearkens back to his signature Tijuana Brass sound, playing economically over strings and wordless background vocals.

Smooth, sophisticated pop with vocals in my range so I can easily sing along with Paul. The electric piano is prominent, and the strings here are provided by a synth – a cost-cutting move that slowly took over soft rock tunes throughout the ‘80s. A tasteful electric guitar solo leads into an upward modulation that would do Barry Manilow proud. Urban legend has it that The Commodores were recording in a nearby studio while Davis was working and provided the backing vocals.

My wife absolutely adores Milsap, so I kinda hafta like him too, right?  But any song written by Burt Bacharach is cool with me, so I would like this one even if the wife wasn’t a fan. With the strings, lush female backing vocals and a synth solo, this one is more soft rock than country, but it topped Billboard’s Country chart nonetheless.  A lilting ballad with just a subtle nod to country via some twangy guitar. The song had previously hit the Top 40 twenty years earlier when R&B singer Chuck Jackson took it to #23 in 1962.

“Even the Nights are Better” – Air Supply

Air Supply were mainstays on the charts in the late ‘70s and early ‘80s. This song is characteristic of most of their singles: piano intro, an inordinate amount of strings, falsetto vocal harmonies, and lyrics about love, heartbreak, and loneliness. Bonus points for the over-driven guitar solo. I have a minor quibble with rhyming the word “brighter” with “beside ya.” The Supply also had a hit earlier in the year with “Sweet Dreams,” and this description fits that one too.

By the time 1982 ended, I had a somewhat steady girlfriend, a learner’s permit and a license to skank. Heck, even the days were brightah. But, like a star-crossed soft-rock romance, this softest of years ultimately came to an end. But with Mariel slated to play doomed Playmate Dorothy Stratten in Star 80, there was plenty to look forward to in 1983.

I’ll be back soon to look at another soft-rockin’ year.

Check out other best soft-rock years ever… 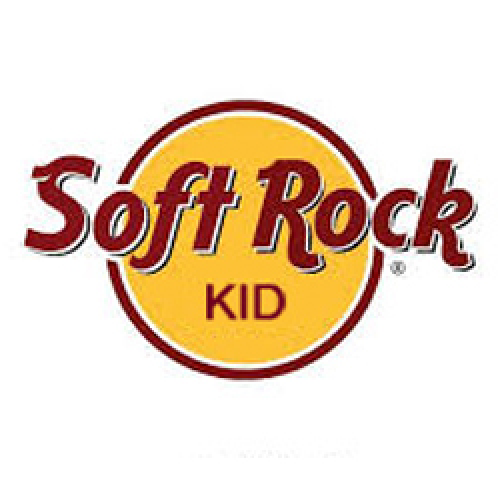