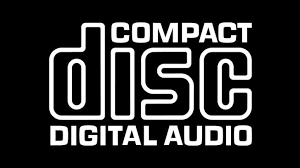 It’s Rocktology! Our Top CDs of the ’90s tournament.

This tournament is as much about the audio format as it is about the artists who released these albums. The 1990s and the compact disc (CD) will be forever linked in pop culture history. Record companies were able to make more of these discs faster and cheaper than vinyl records, and could sell them at a premium. The rise of video and the global mega star in the ’80s, amplified by this new digital technology, set the stage for a blockbuster bonanza throughout the ’90s.

Additionally, the development of Soundscan technology, which tracks record sales by bar code, was also a boon to the music industry. With the accurate data generated by tracking actual sales, record companies realized that there was a huge demand for styles of music previously viewed as niche. “Urban” styles, country, Christian, latin and what came to be known as “alternative” rock. Marketing and development dollars flooded into these splintering genres and redefined the music industry.

The ’90s were also a golden age for creativity. These and many other records sold well because they were created by great artists at the top of their game. Of equal importance, each of these projects was carefully produced. Producers like Rick Rubin and production teams like Jimmy Jam & Terry Lewis became superstars in their own right.

This year, you have two ways to vote:

You can vote right on our site – 360degreesound.com (hello, you’re here). Each bracket group has its own post that contains all the matches. In each match, click on your choice and then click VOTE (very important).

You can also vote on Twitter @360degreesound (but you’re already here, so…). We’ll put up a Twitter poll for each match anyway, since we like to be accommodating to your modern lifestyle.

Each poll will be open for 48 hrs. Once the Twitter poll ends, we will stop counting votes on the site. We’ll tabulate the votes from the two sources and post the results right here in the master post. You can keep track as the tournament progresses.

In another new wrinkle for this year, you can also win a handsome 360 Sound t-shirt. Go to the Contact page and email us your prediction for the Final 4. For tie-break purposes, also include your prediction for the ultimate champion. We’ll give away a dozen shirts to the 12 people who are the most right. Check out the brackets below and place your side bet!

Get involved, vote your favorites and follow along. Help us crown the champion of one of the wildest, most-overheated decades in music history.

Click here to check out our Selection Show on IG Live