Rocktology! Top “and the” Bands Tournament 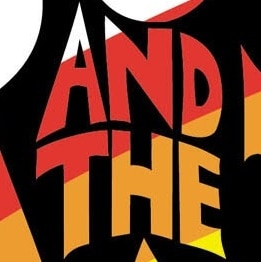 So we’ve been makin’ you wait and leadin’ you on. Now, you need to know (you need to know) that Tom Petty & the Heartbreakers are the definite article — National Champions of our Top “and the” Bands bracket tournament! Prince & the Revolution, gutsy national runners-up, were unfortunately only working part-time up in this five & dime.

In this spring’s Rocktology! we celebrated that great band naming tradition, “and the,” as in Somebody and the Somethings. They’re not solo artists, but they have a clear front person who is the focal point of the group. In establishing the field, we stuck pretty tight to the “and the” naming convention. We didn’t include groups like Captain Beefheart and His Magic Band, or groups that eliminated the definite article like St Paul and Broken Bones. We allotted 48 hours to vote in each matchup. The action played out primarily on Twitter, but we also encouraged voting by comment at 360°Sound and on Facebook & Instagram. You can see the complete field with full results below.

Prince & the Revolution reached the Final 4 from Region And uh 1. A low-light from this region was the defeat of Robyn Hitchcock & the Egyptians in round 2 at the hands of Bruce Hornsby & the Range. (Hornsby!) But that was followed by the highlight of the region (and perhaps the entire tournament) as Adam & the Ants roused their Ant People and those warriors powered a surge that pushed The Ants past The Range and into the regional final. Well done, Ant Nation! (editor’s note: excuse me as I betray my anti-Hornsby bias.) 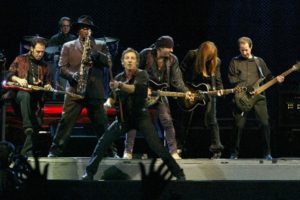 Bruce Springsteen & the E Street Band reached the Final 4 from Region And uh 2, where they lost by a mere 4% to Prince & the Revolution in the national semifinal. Huey Lewis & the News put up a surprisingly valiant fight versus The Es, losing by only 8% in the Sweet 16. Elvis Costello & the Attractions played angry, but fell to Springsteen’s crew by just 4% in the regional final.

Eventual champs Tom Petty & the Heartbreakers reached the Final 4 from Region And uh 3; destroying Kool & the Gang by a whopping 66% in the regional final. For their part, Kool & Co. provided the biggest surprise in this region, taking down Frank Zappa & the Mothers by 16% in the Sweet 16 in what many intellectuals considered an upset. But it was all about Petty in this region anyhow, as TP & the boys dominated opponents by an average margin of 68%. 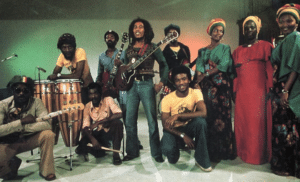 Bob Marley & the Wailers reached the Final 4 from Region And uh 4, which was arguably the most intriguing region. After Joan Jett & the Blackhearts dismantled Fitz & the Tantrums by 80% in round 1, it looked like the Jetts had lift-off momentum. But local heroes Bob Seger & the Silver Bullet Band ran that plane off the runway with an 18% margin of victory in round 2. After Echo & the Bunnymen and KC & the Sunshine Band were surprisingly ousted in round 2, it came down to a battle of the Bobs in the regional final. Bob & the Wailers Jah love and Bob & the Bullets night moves were tied after regulation. But a last-second tweet from a Marleyite Seger-hater pushed the Rasta Mon vibrations into the national semifinals!

TP and the boys went ahead, gave it to ’em. They broke hearts in the Final 4, taking down Marley by 60% in the national semifinals and Prince by 24% in the finals. They fulfilled the early confidence of friend-of-the-site @TheHookRocks (whose support was invaluable to the success of this tourney) who declared when the brackets were released, “Petty wins it all.” Way to go, boys! Even the losers steamroll their way to victory sometimes. Tom Petty & the Heartbreakers truly are the definite article. 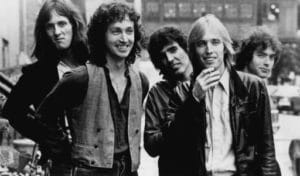 One Response to Rocktology! Top “and the” Bands Tournament