Last Saturday, April 18, was supposed to be Record Store Day, but instead, I spent the weekend talking records with Joey and Marley Roberts, the father-and-son partners behind my new favorite record store, Marley’s Music in Biloxi, Mississippi.

Their store carries a wide variety of records – from rare Grateful Dead bootlegs to new copies of the latest albums from the likes of Billie Eilish and Lizzo. “There’s something for everyone,” according to Marley. They feature about 75% used records and 25% new vinyl pressings. They also sell used CDs, DVDs, cassettes and even 8-track tapes.

Joey considers Marley’s Music a “full-service” record store in that they sell everything you need to start and maintain a vinyl collection. They offer turntables, replacement needles, cleaning supplies, and they change belts, cartridges and styluses. Joey said it’s the only store of its kind in the 150-mile stretch between New Orleans and Mobile.

How It All Got Started

Marley graduated high school in 2018 and wasn’t interested in going to college and racking up student loan debt. He told me opening a record store with his dad was a passion they had talked about for years. They wanted to open an affordable record store that would bring their love of vinyl to the Mississippi Gulf Coast.

“It’s an education working here – customer service, how to use the cash register, all that good stuff,” Marley said. “A more hands-on experience, rather than being in a classroom, just appealed to me more.”

Joey, 49, left a career in the insurance industry. He and Marley have around 5,000 LPs combined in their personal collections. “We were running out of room,” Joey said. “We had all this overflow of vinyl. I was like ‘Man, that’d be great for us to get out there and start a store because we have the opening inventory.'” Joey told me that industry-wide vinyl sales surpassed CDs for the first time in 2019, and surpassed downloads the year before. “It’s getting big and it’s not going anywhere.”

Adjusting With The Pandemic

Their store had its grand opening on March 14. Unfortunately, that coincided with the coronavirus pandemic and the social and economic disruption it’s caused. Luckily, Joey and Marley have been able to sell plenty of records through a Facebook live auction group called The Temple of Vinyl: Live Auction OG. Joey said “The Temple,” as its members from all over the country call it, is run “very professionally” by founder William Vaughn and a team of administrators.

“When the pandemic hit, William knew this would hurt local record stores and gave us shop owners a platform to perhaps survive through this financially,” Joey said. “Without that foot in the door for the auctions, we may not be open right now. The Temple is that important.”

There’s more to vinyl than just the music. For instance, Marley enjoys the album covers. He loves getting immersed in the art and liner notes. “With streaming services like Spotify and Apple Music, you only get the front cover,” Marley pointed out. “You may lose your streaming account or songs may get taken down by the artist or due to licensing, whereas physical media is something that’s yours. It’s something that you know is there, and it’s something that you can rely on if you want to listen to a particular song or album.”

Joey feels that listening to a record is an art in itself. “You put an album onto a turntable, you drop the needle on it, you hear a little bit of the crackle and pop, then it goes into a song you’re familiar with or a song you’ve never heard before. It’s a moment for you to escape.” He went on to say that, with a recording, you get insight into where the artist was coming from at the time they made it as they tell you a story from the beginning to the end of the album.

Joey explained that the original plan was to just sell vinyl, but then they happened upon a batch of around 3,000 used CDs. “We have a good [CD] selection,” he told me. “There’s Beatles in there, Led Zeppelin, Chili Peppers, a little bit of everything.”

For years, Joey and Marley would make the 45-minute drive to Mobile Records in Mobile, Alabama to shop for music. They became friends with owner Keith Glass, who turned out to be a key mentor when they decided to open their own store. Joey learned from Glass that you can’t dismiss a record because you don’t think it will sell. To illustrate this point, Glass used the second album from The Weather Girls, who are best known for their 80s hit “It’s Raining Men.”

“Keith came up to me with that album and he’s like ‘If somebody came in with this would you buy it? Would you stock it? I said ‘Does that have ‘It’s Raining Men?’ He’s like, ‘No.’ I said ‘Probably not.’ He says, ‘Well, I sell probably four of these a month.’”

Glass also taught Joey the value of 45s, some of which will fetch thousands of dollars. “You never really know the value of something,” Joey explained. “If it’s not valuable to you it does not mean it doesn’t have value. That’s why, if I had only what I like musically in the store, I might not sell anything.” 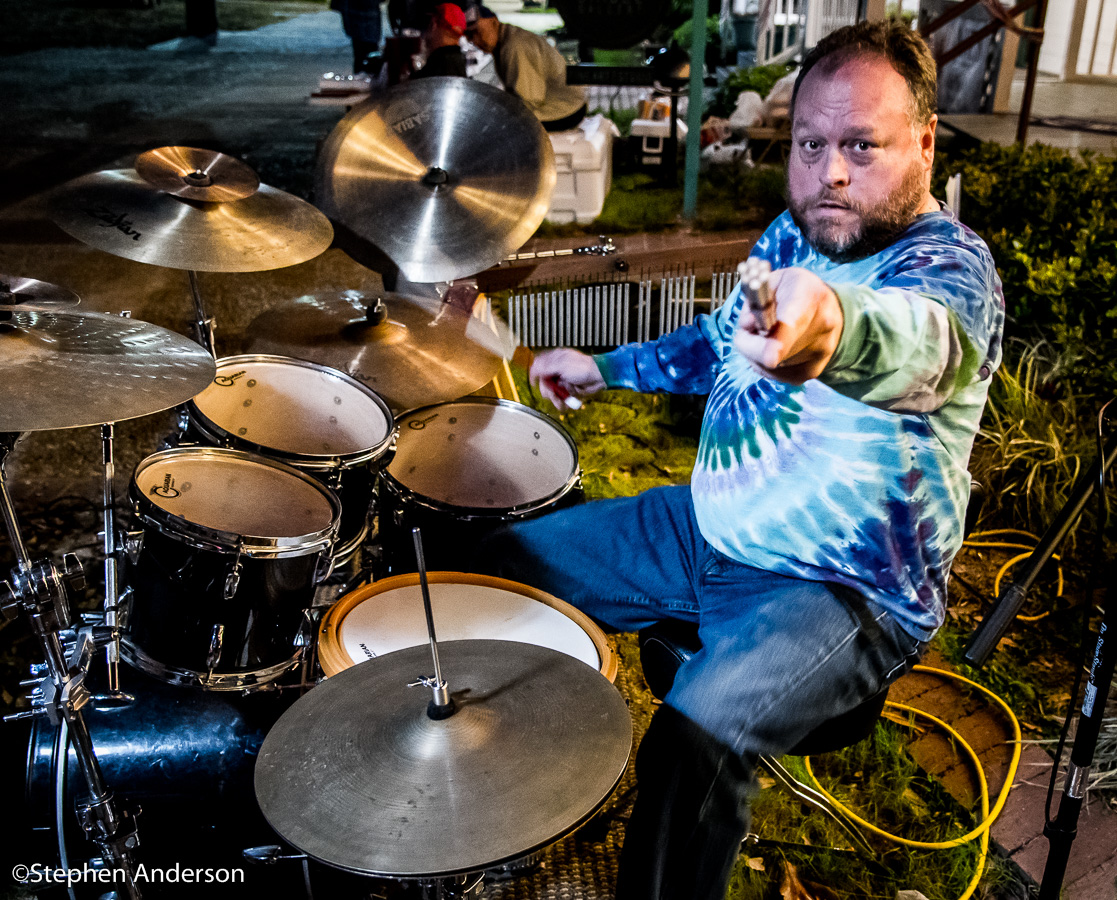 Both Joey and Marley are musicians. Joey has played drums for 45 years and has been in numerous bands. Not long before opening the store, Marley recorded his debut album. Marley has also taught lessons for guitar, drums, bass, ukulele and piano. The plan is to eventually build a stage and host open mic nights at the store. “We just want to be a place where people can come and learn and teach about music,” Marley said. “Everybody enjoys it together.”

Other events planned include an 8-Track Night and a show-and-tell event, where everyone brings an album that’s important to them and plays a few songs from it. “Another idea that we had is Reverse Record Night where we play a song backwards and the first person to guess it gets a point,” Marley explained. “Whoever has the most points at the end of the night wins a Marley’s Music tie-dye shirt.

A Music Store For Music People

If you’re a music fan looking for an album, there’s a good chance Marley’s Music has it, or can get it. “If it’s something that’s used, I have to do a little more work,” Joey told me. “But the folks that I do the auctions for are all over the country, so I have a pretty good network of people that I can go to.”

The guys feel blessed to have had business throughout the pandemic. Said Marley, “In the time that we’re currently in with the virus we’d like to let people know that we’re still here, we still have music for you to listen to. Music is going to be here throughout what happens. You just gotta listen to it.”