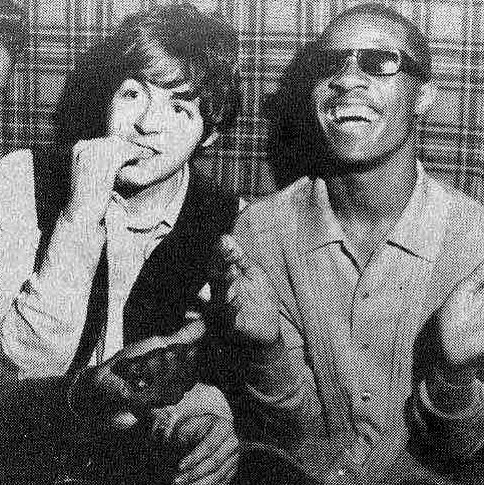 Everyone loves The Beatles, right? Well, for many years, I was an exception; I didn’t immediately fall in love with the Fab Four. All the obsessed fans and fetishists turned me off, even though The Beatles influenced much of the music I was listening to as a teen. Eventually I became one of those annoying “I’m a Stones guy” contrarians.

But one day I heard Ray Charles’s version of “Eleanor Rigby” and found myself attracted to his soulful arrangement, full of piano, horns and gospel backups — it’s a beautiful rendition. So I started looking for other R&B covers and over time I found them. Many remarkable artists have put their stamp on these pop standards. True, many have come up flat, either trying to stay too close to, or straying too far from, the originals.

Our latest list contains what I consider to be the ten best of those R&B and soul covers (plus two bonus tracks). These moving arrangements reveal the fundamental soul of these Beatles classics, offering pitch-perfect vocals and supremely skilled musicianship. They deserve to be heard.

“We Can Work it Out” – Stevie Wonder

Possibly better than the original, in my eyes. Stevie Wonder’s vision of this track completely flips it and makes it his own. The organ intro, his harmonica solo, and the additional lyric, “Hey!” that punch through this cover all combine to create something funky, soulful and reimagined.

George Harrison’s rant against England’s oppressive tax laws gets a super-funky makeover when bluesman Junior Parker applies his velvet-smooth vocals to it. Unfortunately, the bouncing bass line that defines this cover (and would later be sampled by Cypress Hill’s “Hits from the Bong”) goes uncredited.

Charles Wright, the man who brought us “Express Yourself” gives a passionate, soul-stirring vocal rendition of another Harrison-penned classic. There are plenty of horns and a gentle flute that keep this track light enough, but the pain and relief that Wright’s vocals bring to George’s lyrics definitely steal the show.

“Come Together” – The Meters

The Meters version of Lennon’s word-salad is more than just a down-home, ’70s New Orleans-funk redux.  They really let the funk and soul fly! Rather than simply a tribute to the original, they make it sound like John was trying to write a Meters song. One of the great funk bands of the ’70s (favored by Paul McCartney, Mick Jagger, and Robert Palmer) these guys are also one of the most sampled bands of the golden age of hip-hop. Check it out!

“With a Little Help from My Friends” – Joe Cocker

Joe Cocker gave Ringo’s signature tune his husky, blue-eyed soul vocal treatment and it made this cover as popular as the original. The Beatles loved his version, and at the time of Cocker’s passing Sir Paul issued this statement, “It was just mind-blowing, totally turned the song into a soul anthem, and I was forever grateful for him for having done that.” This live clip from Woodstock absolutely kills.

“I Want to Hold Your Hand” – Al Green

The Reverend took a crack at the Beatles second best-selling single and in the process found a path to an illustrious career of his own. This passionate arrangement is full of horns and tasty guitar licks, while Green’s seductive vocal has a hint of James Brown. He seems to want it in a whole different way.

“Let it Be” – Aretha Franklin

Legend has it that Paul McCartney originally submitted “Let it Be” to Ms. Franklin with the right to first release. However, due to a delay, the Beatles released their version first. So Aretha’s beautiful gospel cover was almost the original. And with King Curtis blowing the tenor solo, that would not have been a bad thing.

Unlike the simple orchestrated original, Marvin Gaye’s version of this most covered of Beatles tunes gets a full Motown makeover. The soft xylophone and swelling strings play on the slowed tempo and emotional intensity that Gaye brings with his falsetto and vocal breaks. Marvin’s beautiful version is truly its own thing.

And two bonus tracks from Lennon and McCartney’s solo songbooks:

One of my favorite vocalists, Donnie Hathaway takes the Lennon classic in a different direction with his persuasive and soulful ragtime rendition.