(Kevin is a collector’s collector. He has always been the hippest with the music & clothes.) 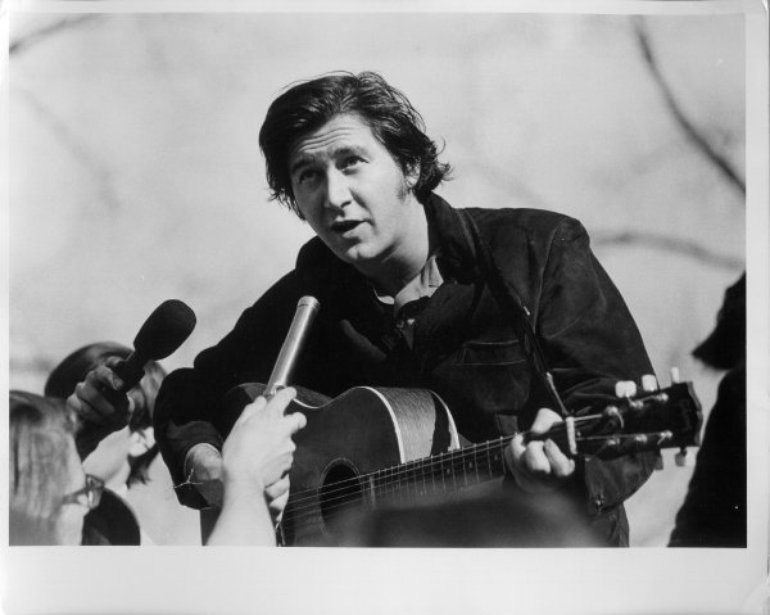 When the latest release from the Phil Ochs archive dropped at the end of May, it couldn’t have come at a more appropriate time. The United States is currently experiencing its greatest moment of unrest since the mid-sixties, when most of these songs were written. The Best of the Rest: Rare and Unreleased Recordings focuses on Phil’s last two years at Elektra Records and the demos he made for Warner-Chappell. This collection is a fascinating mix of inspiring protest songs and more lyrical, personal ones.

The early tracks on this 20-song compilation are pretty familiar. Songs like “In the Heat of the Summer,” “That’s What I Want to Hear” and “Days of Decision” are timeless Phil Ochs, and could easily have been written last week — a sad commentary on the progress we’ve made toward racial equality and justice. They are inspirational anthems delivered with a sincere and personal voice, in Phil’s inimitable style.

There are other thoughtful protest chestnuts in this collection as well. “I’m Gonna Say It Now,” “Here’s to the State of Mississippi,” and “The Men Behind the Guns” are familiar favorites. The quality of the writing and performance of “Sailors and Soldiers” and “I Wish I Could Have Been Along,” two unreleased songs, is a testament to the deep well of Phil’s creativity. The latter is a great example of the more lyrical side of Phil’s writing.

“Love Me, I’m a Liberal” has always been a favorite of mine. It showcases Phil’s wit and sticks it to comfortable moderates (like myself), exposing their hypocrisy with a wink and a nudge. “Take it Out Of My Youth” is another previously unreleased song included in this collection, and it’s my favorite. Classic country and western was having a significant influence on Phil’s writing, which was definitely for the better. I can almost hear Merle Haggard singing this gem.

I was especially affected by “The Confession,” another song that strongly resonates today. But the writing is more personal here. The details of the confession come alive in Phil’s reporting, but I get the impression that the song is describing more of an internal struggle. Phil was particularly good at illustrating the internal, no doubt because that is were he lived.

One of the great things about a compilation like this is the bonus tracks. And the bonus material on this release is pretty special. A live performance of “War is Over” from 1967, complete with alternative lyrics is first up, with the alternate line, “all the children play with gatling guns, tattooed mothers with their tattooed sons,” resonating clearly. My favorite song in the collection is the demo version of “No More Songs” with Phil calling out verses and chords as he records his ideas. He actually sings the chord progression at the end, a sublime detail which by itself is easily worth the price of admission.

There have been several releases from the Phil Ochs archive, but The Best of the Rest: Rare and Unreleased Recordings is proof that we haven’t yet exhausted all the gems that lurk within it. I love to revisit these classic songs, but the real treat here is to witness the transformation of Phil’s writing, as his work became more lyrical, complex and artistic. Stick some of these songs in your playlist and definitely snag a copy of the CD for your collection.

360°Sound has new copies of Phil Ochs – The Best of the Rest: Rare and Unreleased Recordings available for sale in our Store!

Long Players: Writers on the Albums That Shaped Them

Film Review – ‘Rockfield: The Studio on the Farm’

Film Review – Poly Styrene: I Am A Cliche

Long Players: Writers on the Albums That Shaped Them