The Big Life of Little Richard by veteran music biographer Mark Ribowsky is new this month from Diversion Books. The bio is touted by the publisher as, “The first major biography of Little Richard.” In anticipation of this new title, we had an opportunity to communicate with the author. Ribowsky clarified that, “This is actually the first ‘outsider’ Little Richard biography.”

I wanted to know if Little Richard’s early success with R&B hits like “Tutti-Frutti,” “Long Tall Sally,” “Rip It Up,” “Lucille,” and “Good Golly, Miss Molly” gives Richard a legitimate claim to the throne as the real king of rock and roll. Ribowsky credits Richard with, “Shifting the new music to the ears of black and white kids. The cleaned-up dirtiness couched in winks and fleeting images of cars, sock hops and foolin’ around the alley.”

Through a sadly familiar series of bad contracts and questionable choices, Richard apparently didn’t profit too richly from his early success. According to Ribowsky, Michael Jackson attempted to make reparation to Richard. “Michael Jackson, who owned the copyrights of Richard’s old hits, sent him a $4 million payment for them.” The author added, “But no payment could have made up the too-long-held reality that black artists were not entitled to fully profit from [the music].” Ribowsky refers to that deliberate slight as “rock’s original sin.” 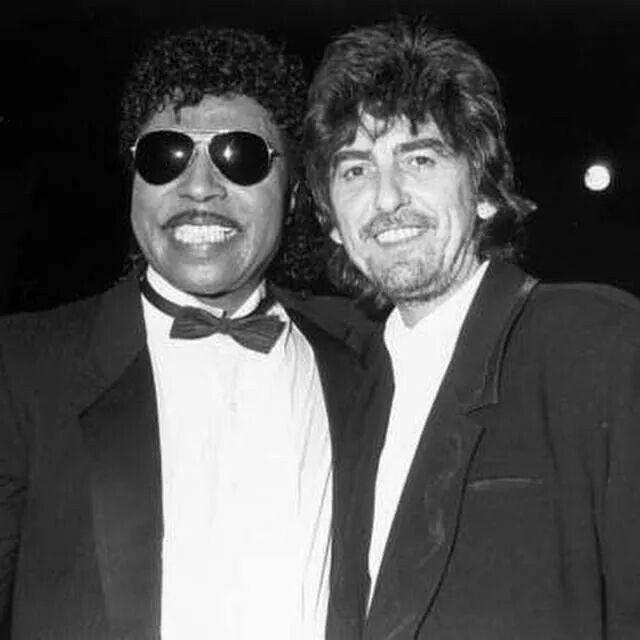 White appropriation of his music was a big part of Richard’s career. I was interested to know why he seemed to bristle at Pat Boone’s covers, but embraced Elvis and The Beatles. Ribowsky describes Boone as “white America’s worst-ever hipster.” Of the success of covers of Richard’s songs, the author claims that, “As a rock refugee refusing to play in America, this link [to the The Beatles] and others – in songs covered by Elvis and Jerry Lee Lewis (he in turn covered some of theirs) – became his lifeline to the rock world he had helped begat.” Interestingly, Ribowsky says that Richard, “claimed that Brian Epstein even offered him ownership of the Beatles’ American releases if [Richard] could get them on a U.S. label. [Richard] said he rejected the offer.” The author also reminds us that Richard discovered the Beatles’ favorite side man, Billy Preston, playing organ in church and took him to England.

Recording in New Orleans for the Specialty label yielded Richard’s most successful recordings. Ribowsky explains what it was about the Crescent City that produced magic for Richard. “Though he would continue to claim his band [The Upsetters] could only unleash the ‘real’ Little Richard, it was the ‘N’Awlins’ gang who knew when to turn it up, or recede before his throaty vocals and piano runs. On vinyl, albeit [from] prehistoric two-track Ampex tape machines, the echoes only add to the live feel that worked so well. [Saxophonist Lee] Allen and [drummer Earl] Palmer, in particular, seemed to feed on his instincts, turning each song into a uniquely formative rock anthem.” These musicians, together with guitarists Justin Adams and Edgar Blanchard and Frank Fields on bass, formed the core of a group that, the author points out, also took Fats Domino and Lloyd price up the charts.

Richard famously bounced between “his sin,” as he referred to it, and his Lord. I asked Ribowsky if it was simply the money and fame that lured Richard back to rock ‘n’ roll, or if there was more to it than that. The author claims that “Few took seriously Richard’s ‘conversions’ to the Seventh-Day Adventist Church. The most skeptical was [owner of Specialty Records] Art Rupe, who fully believed Richard merely wanted to break his Specialty contract and get a better deal elsewhere.”

The hype blurb for the book promises “a full-body dive into the waters of sexual fluidity,” but you’ll have to read Mark Ribowsky’s book to find out more about the salacious bits of Richard’s story. As for the dynamic and flamboyant performer’s late career, the author offers praise and perspective.

“There were only a few blips on the charts but he was still demanding, and getting, top-dollar and the closing spot on shows. There would be another religious retreat, another return, and almost unending appearances on TV shows. His voice began to strain but he could belt ‘em out and his physical state seemed inordinate – not even a near-fatal auto crash kept him out for long – until he was in his mid-eighties. It was an amazing run that was cut short even at 87 years, and one that he could take his final breath knowing that, grievances and compromises aside, he had lived as no other rocker ever had, or will.”

Mark Ribowsky is the New York Times acclaimed biographer of musical icons the Supremes, the Temptations, Stevie Wonder and Otis Redding. He lives in Boca Raton, Florida. Due August 25 in the States, you can preorder The Big Life of Little Richard now from trusted retailers such as Amazon, Target and other booksellers.