In Memory of Little Richard 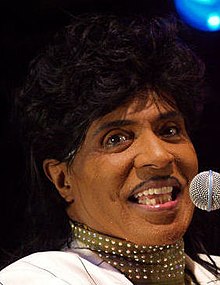 Richard Wayne Penniman passed into the great rock ‘n’ roll beyond on 9 May 2020 at the age of 87. Born in Macon, Georgia on 5 December 1932, we all know the man as Little Richard.

I wasn’t around when Richard was blazing his musical trail. For better or worse, my memories of him center primarily on his television appearances — on chat shows like Carson and Cavett in the 70s & 80s and as an occasional featured guest star on sitcoms and game shows in the 80s & 90s. I knew he was a singer, and as a young adult I did become aware of his legend status. While he was certainly charismatic, he frankly seemed like a clown to me. He was over the top — flamboyant, loud and crazy. 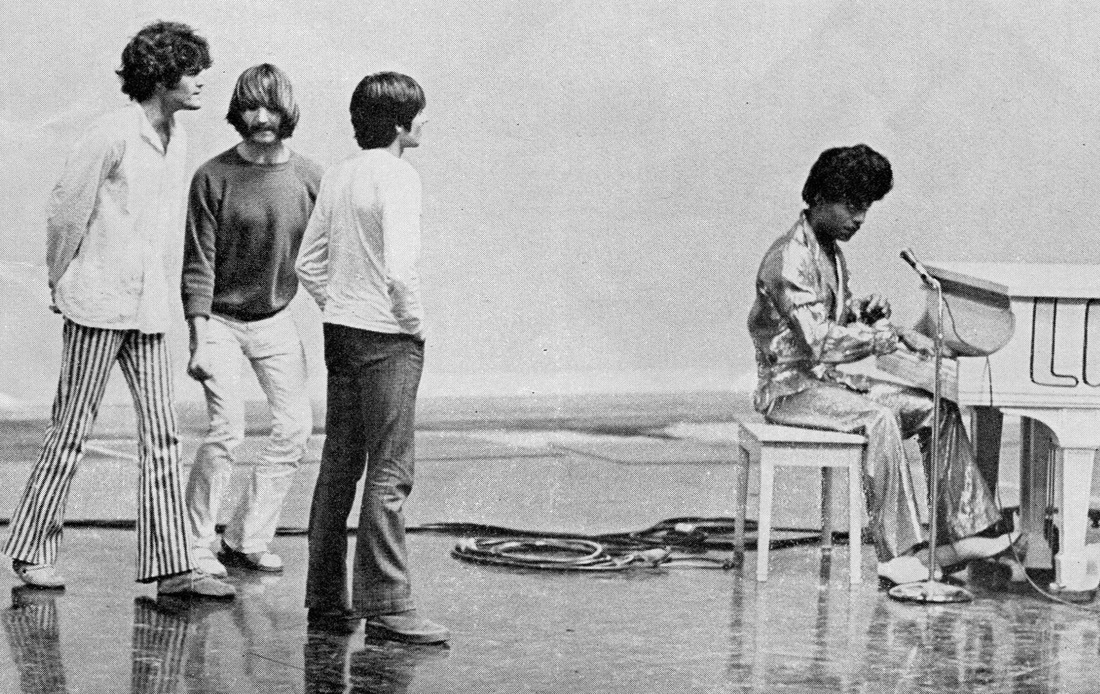 My first memory of Richard is from a rerun of a Monkees TV special called 33 1/3 Revolutions per Monkee. Richard joined Fats Domino, Jerry Lee Lewis and other guest musicians in a fictional story about the evolution of the Monkees and the plan to brainwash the world through commercial exploitation. Interestingly, my fascination with the Monkees opened the door for me to Elvis and Beatles records. Then I learned that a lot the early rock artists I liked recorded and performed Little Richard tunes, and my opinion of him changed. I have a much greater appreciation for the monumental impact Richard had on rock ‘n’ roll and popular culture. 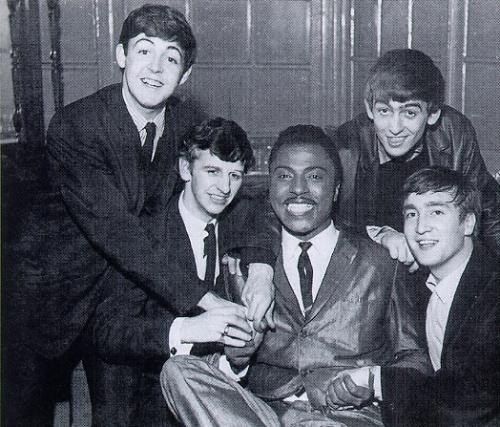 The lads are chuffed to meet Richard

Richard was part of the bridge from adult-oriented culture to youth-oriented pop culture in the United States. With his outrageous stage antics and increasingly androgynous style, he drove young people crazy and was loathed and feared by adults. Producers and record labels were going around parents and straight to their kids. So-called “race music” that was driving and sensual was a big part of the generational separation that gained momentum in the 60s and continues today.

It’s unfortunate that in Richard’s early career he could only find work in minstrel shows (often dressing in drag as “Princess Lavonne”). Then in the 60s, after making a huge impact as a recording artist and performer, he wound up working the “Chitlin’ Circuit” due to lack of support from his record label.

Richard was resilient and did what he had to do to keep his career alive. That he showed up on episodes of Blossom, Full House and The Fresh Prince of Bel-Air is a commentary on American culture as much as it is on Richard’s obsession with fame. We are fascinated with artists and performers who portray a particular persona or character. When Richard went on TV he was expected to be “Little Richard,” the fantastic, exotic caricature. His 1994 appearance on Wheel of Fortune (also featuring James Brown) is a great example:

I’m glad to have a better perspective on Richard Penniman, beyond Little Richard. His struggles with sexuality, substance abuse and exploitation, juxtaposed with his ground-breaking musical legacy paint a picture of a unique human being, flawed and glorious. The following clip from The Arsenio Hall Show is Richard Penniman relaxed, comfortable and thoughtful. (It’s a long clip, but he also crushes three of his classic songs with Arsenio’s band.)

I’ll always remember the pompadour, the pencil mustache and the sensational wardrobe, but I’ll treasure the music he created and the countless artists he inspired. Heaven is a much more fabulous and rockin’ place today. Peace to  you, Mr. Penniman.