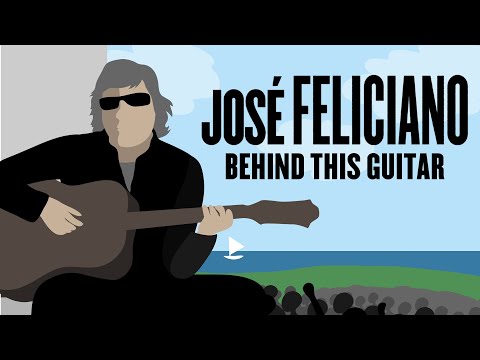 In this 360°Sound exclusive, we spoke with actor/writer/producer/director Frank Licari about his new documentary José Feliciano: Behind This Guitar. The film chronicles the life and continuing career of nine-time Grammy winner José Feliciano, who was born blind in Puerto Rico and rose to prominence in the late 1960s with his flamenco-style interpretations of American pop songs.

José Feliciano: Behind This Guitar was set to make its world premiere at the SXSW Film Festival in March before the fest was canceled due to the coronavirus pandemic. Licari, who co-directed with music industry veteran Helen Murphy, said the film will not be screened as part of Amazon’s 10-day Prime Video Presents: The SXSW 2020 Film Festival Collection because they are in preliminary talks with distributors. Licari anticipates acquiring a distribution deal for the film soon.

360°: Please start by talking a little about José Feliciano. Why he’s important, and why you thought his story needed to be told in a documentary.

Licari: First off, I must disclose that I toured with José from 2012-2013 as his show producer/director and backup singer, which was one of the greatest honors of my entertainment career. I had told José eight years earlier that there should be a movie and musical made about his life. We were out of communication for a few years and then my partner, Helen Murphy, put us back in touch and we both decided that the time was right for a film.

José Feliciano’s importance to America and the world’s music landscape is immeasurable. Besides being the first Latin crossover artist, which paved the way for every Latin artist after him, he was also the first to ever stylize the national anthem in an original way, which then paved the way for everyone from Jimi Hendrix – who called José one of the greatest guitarists he’d ever seen – to Marvin Gaye, to Whitney [Houston] and on and on. He was also the first and only Latin artist to ever win a Grammy for Best New Artist [in 1968] and Best Contemporary Pop Vocal. He’s the first to have a hit in three languages in three different countries, and he’s had hits on five different continents.

His blending of musical styles from jazz, to flamenco, to pop, to blues, to rock set the groundwork for so many performers to come after him. He was a master in blending musical styles and making it a signature Feliciano track. I also believe that he is one of the best song interpreters of all time. When José gets a hold of a song, he tends to make it better than the original in many ways, but always, vastly different.

What is it about Feliciano’s music that makes it so special to you?

Having toured with José, I’ve never quite seen so many people of different ages and cultures react to his music with such marvel and awe. It’s amazing to think that he could entertain a crowd in Australia, Argentina, South Korea, the Canary Islands, Austria and Turkey, and everyone has a catalog of songs that they relate to and know. I believe the reason for this is exactly due to the fact that he blended so many musical styles that made him instantly relatable to so many cultures and generations. His music is also always heartfelt and soulful which makes him and the music instantly accessible and honest. People gravitate to that. 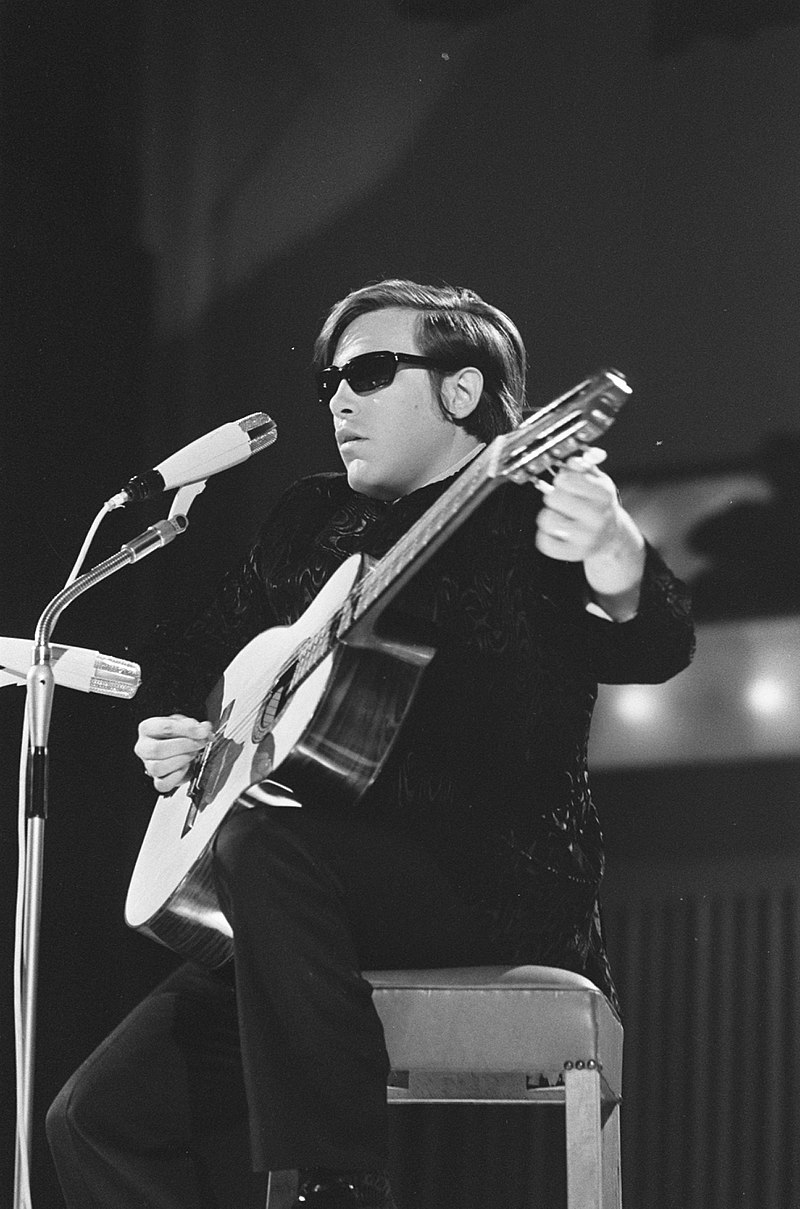 To be honest, I was not very familiar with Feliciano. But as I read more about him, I was amazed at his accomplishments, including writing “Feliz Navidad,” one of the most popular Christmas songs of all time. Do you feel like Feliciano is an underrated and underappreciated artist? If so, was that among your reasons for making the doc?

The decision to make the documentary took into account all of those factors. There are people that know José solely for “Feliz Navidad,” there are those that know him from his 60s stardom, but it’s rare for even his fans to know everything that he has accomplished or the journey that he has taken. He is, in our estimation, one of the most underrated and underappreciated artists of our time. His singing of the first stylized anthem brought so much controversy to his musical career that it stopped him from being as big as he would have been throughout the 70s and 80s.

He is one of the greatest guitarists that ever lived and yet you never hear his name when those lists are mentioned, although he has won the award by Guitar Magazine as best pop guitarist and been recognized as one of the all-time greats. But the general public won’t ever mention him. He’s as good a song interpreter as Sinatra was and yet you’ll never hear his name mentioned. In the Latin community, he’s certainly as big as Sinatra is in our country. I will challenge any singer to have a song like “Feliz Navidad,” where children in Asia, people in Europe and America all know the words but don’t know who sings it. It’s quite remarkable.

Feliciano sang an unorthodox version of the national anthem at the 1968 World Series in Detroit. From what I understand, that nearly killed his career. Talk about that moment and how the doc covers it.

The doc really focuses on this element of his career. We believe, and he does as well, that it was the single most important reason why José didn’t blow up on a national scale here in America. He was blacklisted by radio stations and people wrote in letters in protest. Ironically, now everyone does it and are universally praised for it. So, although we believe it has now come full circle 50 years later, it is a central figure in José’s career, and we cover it extensively.

The documentary features interviews with a number of stars, including Carlos Santana and Gloria & Emilio Estefan. Talk about how they got involved with the project and what they brought to the table.

Obviously, not only was getting Carlos and the Estefans integral to the quality of the story, it was also important to José that they be involved. I had the opportunity to meet the Estefans and Carlos back when I was touring with José and so I was able to get to [their] management a little easier. And then, of course, with José being a partner in the project, along with Helen’s reputation, it validated the film for them and then they were glad to participate. They all cite José as a major groundbreaker and influence of theirs and their love for him is palpable.

The film was shot on location in Puerto Rico, California, Connecticut, Washington, Las Vegas, Miami and New York. That’s a lot of miles covered. Talk about the pre-production/filming/editing and how long the entire process took.

Often filmmakers say, “this was a labor of love!” Well, this film has certainly been that for Helen and me. We have been working tirelessly on this film for coming up on three years, and as most documentary filmmakers, we were self-funded and financed, along with a third producing partner, Khoa Le, so it’s been a literal labor of love for us. Helen and I have probably worked 7 days a week on this and another film that we are putting together for the entire time. Lots of travel, lots of late nights and early mornings and lots of personal sacrifice to put this together. We were very much looking forward to premiering at SXSW this year and it was, obviously, a validation of our efforts. It was a shame that the world closed for business due to COVID-19, but we’re hoping that we get to put this film out soon for the world to see, even if it will be from the comfort of living rooms, computers and smartphones.