(Alex is a music industry investor & enthusiast. He’s spent more on concert tickets than most have on their education.)

There was a big story in the music world last week. Aubrey Drake Graham, the Canadian rapper who began his ascent just a decade ago, now has the most top-10 entries on the Billboard Hot 100 in the chart’s history, with 39. He unseated the previous record holder, Madonna, who earned 38 top-10 entries. Madge had topped the prior champions, the Beatles, who had 34 top-10s during their epic reign.

For longtime fans of Drake, the honor was undoubtedly applauded, but the songs that helped him secure king-of-pop status had a generally mixed reception. “Popstar” and “Greece” (both DJ Khaled releases on which Drake was featured) cover familiar ground. Some would argue way too familiar ground. The singer lazily cycles through all the tropes to which his followers have grown accustomed; on “Popstar,” he manages to rhyme “piece of cake” with “Turks and Caic,” a dubious accomplishment.

“Greece” is even more of a yawn of tired themes. A high-pitched Drake reminds us ad nauseam he’ll swing by Gucci and Louis Vuitton before flying us to Europe. It’s the same idea we’ve heard on a number of other tracks on albums like Views and Scorpion. He’s going to woo women away with designer handbags and passports.

Not that any of this is necessarily bad. Recording artists in every genre have made careers of continually plowing the same ground. Often, though, as artists age, the ground may stay the same, but seeds are planted on it that tend to grow. That growth manifests in many aspects of artists’ lives that they then express in their music. Their audience quite often ages with them and sees their own lives reflected in the music of the artists they love.

For a 33-year-old man like Drake, though, he seems content staying in the high school of his imagination. He seems stuck in a world where he’s the top jock, and any freshman or sophomore that expects to knock him off his perch is in for a worlda trouble. The stories he spins are largely similar to the typical high school male bragging at the school lunch table. He’s richer than you. He’s got more women than you. Your girl would like him better. If you insult him, he’s got an infinitely better response at his disposal. (Did he mention he’s richer than you?)

If this were all Drake had to offer musically though, surely he wouldn’t be the new, all-time Billboard leader. For all his belly-aching and boredom, he is a multi-faceted student – a homecoming king who can whip up a solid lasagna in sixth period home ec. Drake’s often under-appreciated genius is his ability to weave in and out of topics that appeal to his younger fandom. For every song like “Greece,”  there’s a collaboration like “Life is Good,” which features a video with Future and him enjoying the ins and outs of working at a makeshift McDonald’s, a job with which many high-schoolers are all too familiar.

Drake’s idea of fame is a teenager’s idea of fame: a world where drama and dollar signs override personal and professional growth. He’s not alone in this. Many of his peers seem eager to set similar trends. Instagram selfies and disposable singles have taken the place of Rolling Stone features and era-defining albums.

These traits expose a celebrity sub-culture unwilling to grow up. “I think a lot of it is put on for show,” New York-based psychologist Tony Ortega says. “There obviously could be some underlying, untreated mental health issues in some, but for most, their rise to fame creates a Peter-Pan syndrome. They feel they don’t have to grow up, can act any way they want to, and not have to pay any consequences.”

Teenagers aren’t the only one’s listening, either. Drake has racked up billions of listens through streaming services and has sold millions in merchandise. Significantly older “teenagers” likely play a large part in his success, as well.  Dr. Ortega says the dissent into drama is something that not just teenagers, but society as a whole can find greatly appealing – even if they don’t admit to it.

“Fans don’t want to hear about a sweater they’re knitting,” Ortega said. “They want to know about the sex scandals, the break-ups, and everything in between. It gets us out of our own problems for a while. It’s pure escapism.” 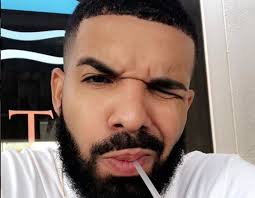 Perhaps that’s why Drake, despite rehashing themes the equivalent of a freshman’s daydreaming, continues to find success. His songs transport us back in time, to a world where big fights and potential hook-ups were the only thing our brains had to focus on for the day.

Aubrey Drake Graham is pure escapism, and I’ve made my piece with that. As a musical master of the school yard, he has figured out how to take our lunch money without throwing a single punch. That just may be the extent of his self-actualization.

A Tribute to Lloyd Price