Closing Time: 10 Covers of Songs from the Tom Waits Classic 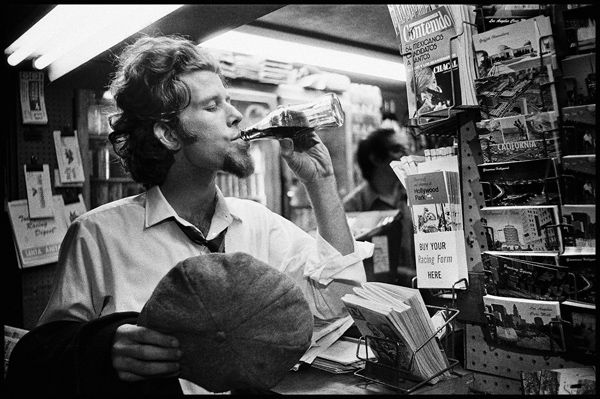 The time’s gone so quickly. Almost 50 years have gone lickety splitly since Tom Waits released his landmark debut album, Closing Time, in 1973. Tom has had an exemplary career and should be commended for all his fine works of fiction, but Closing Time… that was a heckuva start. And believe you me, I am not the only one who has taken note of the fine songcraft on this record. Crooners of all stripes have recorded their own versions of these songs.

Closing Time was the first title I searched for when I set a collecting goal to acquire all of Waits’s Asylum releases on vintage Asylum vinyl pressings. I was excited when I found a copy at a local record show. I admit I hadn’t listened to the entire song cycle since I had the damn thing on Asylum cassette back in the 80s (mm-hmm). The vinyl I snagged turned out not to sound that great, but I was blown away again nevertheless. Inspired, I plucked out a rudimentary version of “Old Shoes (and Picture Postcards)” on my piece-of-shit acoustic.

Through the years Closing Time has grown in stature as an American classic. The album wasn’t that successful when it was originally released, but musicians and critics recognized Waits’s talent. And the record’s timeless artistry and wisdom continue to inspire other artists. Let’s take a listen to ten notable cover versions of these enduring compositions, in the order they appear on the record.

from The Freedom Sessions

There’s a mournful character to Sarah McLachlan’s voice that gives her version a nice melancholy quality. Tom’s original has an ironic feel that Sarah’s lacks, and she changes the words to “My time has come quickly” and “I’m on my way home from the place,” which alters the narrative.  But she really belts it, and drummer Ashwin Sood creates some pleasant chaos in the second chorus that I think Tom would appreciate. This version also appeared on the soundtrack to the 2009 film Boys on the Side.

from Live in Charleston

Hootie’s version is pretty true to the original. They use the same core acoustic-guitar figure and Darius Rucker’s voice is well-suited to Tom’s signature jaded growl. This was a nice compliment to their live set — a nostalgic ballad to balance out the mid-tempo pop. I miss the interplay of guitar harmonics with the bass in Tom’s original recording, and Rucker slices & dices lyrics from the verses. It’s an interesting juxtaposition of artists that sets a decidedly different mood. A different live version also appears on their Scattered, Smothered and Covered covers record.

from the tribute album New Coat of Paint: songs of tom waits

These fellas take this paranoid-loner dirge blues and turn it into a creepy paranoid-loner psychobilly freakout. It sounds like The Cramps doing a Waits tune, which is no surprise since this short-lived NYC supergroup featured Kid Congo Powers on guitar and vocals. Kid was a founding member of Gun Club who also did some time with The Cramps. I’ve tried to avoid tunes from tribute albums for this list, but I dig this version. (Bet Tom does too)

from the EP Wood, Wine and Roses

This tune is tailor-made for Charlie Starr and the boys. Charlie’s vocal infuses some Willy-inspired, outlaw-country twang and I love the double-stop acoustic guitar line in the instrumental break. Tom’s original is more of a barroom singalong, but the Smoke turn it into a back-forty bonfire anthem. I was surprised to discover their version on this 2015 RSD-exclusive acoustic EP, but it totally works.

from Welcome to the Neighborhood

This tune is jam-packed with schmaltz and Mr. Loaf brings his inimitable brand of overwrought wailing to bear. There’s a self-deprecation and irony to Tom’s original that makes old Tom Frost’s entreaty to his long-ago lover a bit sheepish; Meatloaf’s take seems more desperate. The line “We were all so young and foolish/Now we are mature” drips with irony in the original, but Meatloaf renders it earnest and maudlin. Released in 1995, this is more passionate than the highly-polished Tim Buckley version that came out mere months after Closing Time’s release. A great late-career choice by Meatloaf.
Bonus alert! Here’s Bette Midler performing “Martha” on SNL in 1979.

from The Pursuit of Happiness

The Beat Farmers, am I right? Uh-huh. You guys know. I saw them at some shithole in Las Vegas on my birthday in 1995 and called out endlessly for this tune. They didn’t play it, and now Country Dick Montana’s dead. I think Jerry Raney sang this one, his heart and his fragile tenor voice on the verge of breaking. The Farmers made it a guitar ballad, as opposed to the piano-centric original, and their version is mournful and sincere compared to Tom’s casual weariness. God love the Beat Farmers.

from Black Music for White People

Screamin’ Jay pretty much out-Tom Waitses Tom on this salacious version. I’ll tell you what, I’m not letting my daughter out of the house when this ice cream truck creeps by. When Mr. Hawkins growls “I’m your black walnuts hanging from a can,” you know we’re in different funk/boogie territory here. I love the chimey Strat that drives this track. Tom’s blues/boogie original swings like crazy and Jay makes the whole thing groovier. (BTW: Anybody else notice a striking resemblance to the John Brim blues tune of the same name eventually made famous by Van Halen?)

“Little Trip to Heaven (On the Wings of Your Love)” – Mugison

Mugison is an Icelandic guitarist and singer. His take on this tune is quite faithful to the original, with the muted trumpet replaced with bottleneck slide guitar. The vocals are close-miked, giving this charming tribute a pleasant, intimate feel. Mugison recorded this version for the soundtrack to A Little Trip to Heaven, a 2005 Icelandic-American noir thriller starring Forest Whitaker, Julia Stiles, Jeremy Renner and Peter Coyote (really? where was I?).

There are few artists I would trust with this song; Nanci Griffith is at the top of that very short list. As important as this song is to me, it has a fragile sentimentality that borders on maudlin. Tom strikes just the right balance in his original, with Jerry Yester’s production gently cradling this tender elegy. Nanci recorded it for her collection of torch songs, featuring lush, full orchestration. The grander scale of the production detracts a bit from the intimacy of the song, but doesn’t overpower it. Her voice has a vulnerability that honors the sentiment without falling victim to it.  And yes… Every time I hear that melody, something does break inside.

There aren’t many modern songwriters still creating and performing today who are covered as often and by as wide a range of artists as Tom Waits. And Closing Time is as close to an album of American standards as we’ve heard in the last 50 years. I played my version of “Old Shoes” for my four-year old son. He sat and listened to the whole thing. Thanks Tom, et al.