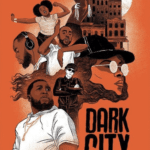 The musical documentary Dark City Beneath the Beat will make its world premiere as part of Toronto’s Hot Docs online festival, which runs from May 28 to June 6. Singer/rapper/producer TT The Artist, the director of the film, spoke with 360°Sound last month about her 65-minute film, which spotlights the music genre and dance culture […]

360°Sound caught up with Art Baker, host of the popular Austin-based community radio show Jamaican Gold. Every Sunday from noon to 2 p.m. on 91.7 FM KOOP, Baker takes listeners on a journey through the history of Jamaican music from roughly 1960 to 1980. Baker is in his 21st year of hosting Jamaican Gold, which is […] 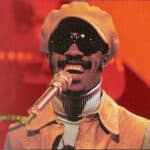 Happy Birthday, Stevie Wonder! The legendary singer/songwriter/musician turns 70 today. It is truly remarkable that Wonder has been in the limelight for nearly 60 years since he burst onto the scene through the Motown hit factory as Little Stevie Wonder. He notched his first No. 1 in 1963 at age 12 with “Fingertips” and went […] 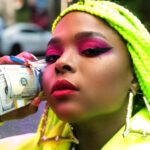 TT The Artist on ‘Dark City Beneath The Beat’

360°Sound caught up with singer/rapper/producer TT The Artist, director of the new musical documentary Dark City Beneath the Beat, which spotlights Baltimore’s club music and dance scene. The 65-minute film was co-produced by Issa Rae, creator and star of HBO’s hit series Insecure. It was set to premiere at the SXSW 2020 Film Festival in […] 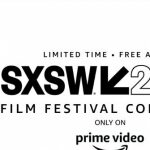 Well, that wasn’t quite what we’d hoped for. Earlier this month, I wrote about how the films set to premiere at the canceled SXSW Film Festival had the opportunity to opt-in to Amazon’s 10-day event Prime Video Presents: The SXSW 2020 Film Festival Collection, which runs April 27 to May 6. At the time I […] 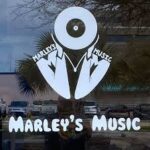 Last Saturday, April 18, was supposed to be Record Store Day, but instead, I spent the weekend talking records with Joey and Marley Roberts, the father-and-son partners behind my new favorite record store, Marley’s Music in Biloxi, Mississippi. “We try to be a music store for music people,” 19-year-old Marley told me. “Sort of like […]

In this 360°Sound exclusive, we spoke with actor/writer/producer/director Frank Licari about his new documentary José Feliciano: Behind This Guitar. The film chronicles the life and continuing career of nine-time Grammy winner José Feliciano, who was born blind in Puerto Rico and rose to prominence in the late 1960s with his flamenco-style interpretations of American pop songs. […] 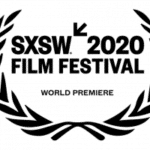 Our Guide to SXSW Music Docs

Like every other event in the world, South by Southwest (SXSW), the annual culture conference and festival in Austin, Texas, was canceled in early March due to the coronavirus pandemic. I was going to cover the film festival portion of SXSW for 360°Sound and was really looking forward to reviewing the music documentaries making their […] 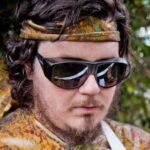 BREAKING NEWS: New Single Release! BÊNNÍ, the retro electronic artist who spoke with 360°Sound last month, has just released a new single on the Stockholm, Sweden label Savage Records. The A-side is “Diamond Man” and the B-side is “Heavy Metals.” “Everyone seems to like ‘Diamond Man,’” BÊNNÍ said of the new track, which he has […]

BÊNNÍ Talks with his Mouth: A 360°Sound Exclusive