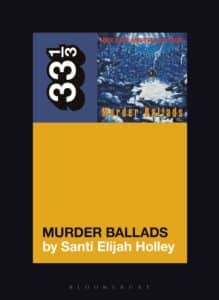 360°Sound spoke with journalist and essayist Santi Elijah Holley about his new 33 1/3 book on the 1996 album Murder Ballads by Nick Cave and the Bad Seeds. Holley’s work has appeared in The Guardian, The Atlantic and VICE, among many other publications.

The ninth studio effort from Nick Cave and the Bad Seeds, Murder Ballads is one of their most commercially and critically successful albums to date. Holley’s book examines the 10 gruesome songs on the album, drawing on history, critical analysis, research and interviews he conducted with band members Mick Harvey and Jim Sclavunos. The book comes out Nov. 12 on Bloomsbury Academic.

This interview has been edited and condensed.

Santi Elijah Holley: Murder ballads are a subgenre of the ballad tradition which goes back centuries. They originated predominantly in the United Kingdom and made their way by this oral tradition of people speaking or reciting either local legends celebrating knights and princesses or more mythological creatures like elves and ghosts. A lot of times, these ballads had to do with real people, figures and events. They sort of build with every new telling. It was a traditional thing people would do well before recorded music.

Ballads came to the U.S. mostly in the late 19th century. Murder ballads sort of warn people what’s in store if you go down a particular path. Sometimes they talk about real people who did real murders. Sometimes they start with a real murder and it becomes larger than life. With each new telling, it takes on new dimensions and gets exaggerated. It’s fascinating to go deep into how it’s evolved over the years and how much it takes on local and regional characteristics.

Why did you decide to take a historical and critical analysis approach with your book?

Everyone who’s familiar with this album knows that it has some history to it. There’s something deeper than just another rock ‘n’ roll album from a rock ‘n’ roll band. It feels timeless in a way and contemporary. I’ve always been a fan of ethnomusicology and the roots of music. I wanted to explore this album in a different way than other books. I wanted to know the history behind these songs and these ballads.

Being a Nick Cave fan, I wanted to know what he was looking to draw inspiration from. As a writer and former musician and songwriter myself, I always enjoyed knowing the origins of songs and the writing process. I wanted to use this book to answer the questions that I’d had when I first listened to this record and for anybody else that might be curious.

“Stagger Lee” is a fan favorite. Cave has played it live a lot over the years. When reading your book, I was fascinated to learn that it was partly inspired by the hip-hop group The Geto Boys.

Jim Sclavunos, the percussionist of the Bad Seeds, told me they recorded [the album] thinking that they weren’t going to have to play these songs live at all. The fans love [“Stagger Lee”] because it’s so over-the-top and outrageous, and it’s fun. It’s not the best song on the album, it’s just the most fun to listen to. The focus on “Stagger Lee” risks overshadowing some of the other beautiful songs on the record. The opener “Song of Joy,” “Henry Lee,” these are beautiful songs, and “Stagger Lee” is probably the easiest to play live. People respond to it; I think mostly because of the sheer outrageousness. That rhythm is more funk or hip-hop than like a ballad. It’s not necessarily a ballad and is not performed as a ballad, even though it has roots in a ballad.

The duet with Kylie Minogue, “Where the Wild Roses Grow,” was the biggest hit from the album. The music video got a lot of airplay on MTV in the 90s. Do you think that song was a big reason why the album had so much commercial success?

Definitely, the single was huge. Nick Cave and the Bad Seeds had never had a hit like that before. It is such a beautifully composed song with the strings and Kylie on there. Musically, it’s a gorgeous song. The subject matter is dark, but I think consumers and listeners are always somewhat attracted to dark subject matter. If it was just a love song, I don’t think it would have been as big of a hit.

It’s not just a murder ballad; it’s also a supernatural story where Kylie’s character is speaking from beyond the dead. It’s this warm, touching, grim love story. It’s also a patriarchal, misogynistic story, but it’s coded in this beautiful arrangement that you can’t help but be moved by it. The odd pairing of Nick Cave and Kylie Minogue, who was a pop star, most of her fans didn’t even know who Cave was, but the two of them together just seemed right.

You could feel their warmth for each other even though they had just met to record the song. They were not old friends and old lovers; they met to record the song and became really close. The single came out before the record came out and that definitely piqued people’s interest, which is funny because the rest of the record is so grim and dark. Nick Cave was scared about what he’d done, getting people to buy this record and not really know what they’re in for.

Which of the murder ballads on the album do you find most interesting?

I really love the rendition of “Henry Lee” that Nick Cave and PJ Harvey do. It’s a beautiful song, and it is really similar to the original “Henry Lee.” He changes some of the words, but it’s closely connected to the original source. As far as I know, it’s the first time it was performed as a duet, and that was PJ Harvey’s suggestion. Nick Cave had given her that song and “The Curse of Millhaven” and asked her to choose one to sing lead vocals on. She said she wanted to do a duet with “Henry Lee,” which I think is perfect.

One of the earliest recordings of “Henry Lee” was by a white country singer named Dick Justice. It’s touching to see contemporary songwriters interpreting music that was recorded and forgotten about. Not every song on Murder Ballads is inspired by a traditional folk or blues ballad. A lot of it comes from literature or film. A lot of it starts with the premise of a ballad then goes off in other directions. I just think “Henry Lee” is probably my favorite on the record because it feels the most like a ballad. “Henry Lee” adheres to what a ballad has always been. It’s simple and it tells a story.

What do you think is the legacy of Murder Ballads 25 years later?

I believe it’s still one of his most loved records. I think this one has held up over the years. There’s history in the lyrics and the music feels old but not out of date. It feels like it’s connected to the past and the present. It’s just a fun record. It has so many memorable characters and memorable lines to quote.

The characters in Murder Ballads are so well drawn out and imagined that you know Stagger Lee, Elisa Day, little Lottie, Mary Bellows. That’s why ballads have existed for so long because they are speaking about real people, real events, and touching our shared humanity. 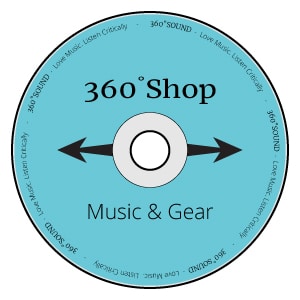